Before you read this post I just want to say it is dedicated to Rod Younger of Books4Spain who died suddenly last weekend. A fellow lover of Spain he had an avid interest in Spanish history and especially the Civil War. RIP Rod.

“Very few people know what happened here.” This is what an old man said to me whilst staring at his glass of red wine on the bar top. He was referring to the Spanish Civil War and how it affected the villages in the Sierra de Albarracin in Teruel. This area not only was the frontier area between the two warring factions of the Republicans and the Nationalists of Franco from 1936 to 1939 but it was also the scene of a lot of Maquis(anti-Franco guerrillas) activities  until the late 1940s.This was similar to other sierras in Teruel such as the Sierra de Gudar and of course many parts of Spain. 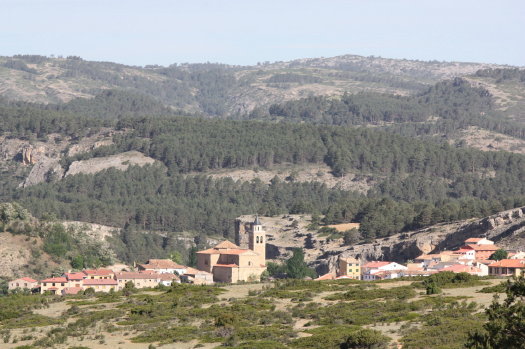 A mountain village in the Sierra de Albarracin

The man had started talking to me,as so often people do in Spain, whilst I was having a glass of beer and a tapa in a very small(and the only) bar in a village, high in the mountains of Teruel. This was about four years ago.He was sitting at the bar and I sort of knew he would start talking to me because of the way he looked at me when I walked into the bar with Julia. And sure enough,Julia went outside to take a phone call and he started. He simply launched into the hardships of mountain life, the cold weather in the winter, the tough deal they had in that area and,eventually, how the Civil War had devastated several villages in the area, physically,socially and psychologically. 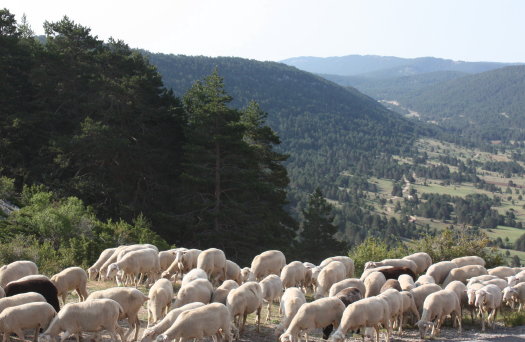 The main problem was the frontier situation during the war and then after the conflict the presence of the Maquis. Both situations meant that the villages which in general were small,very rural and peace-loving suffered badly as they physically changed hands sometimes two or three times.This beautiful mountain area was and still is a cattle rearing(mainly sheep) community. Everyone has sheep or does something related to animals.The changing of hands of the villages resulted in two things: the villagers who supported either side got killed and their property was destroyed or taken away. Both sides committed atrocities with people being shot without trial in virtually every village and by both sides.And because the Maquis continued their activities in the pine tree covered mountains around this sierra then further atrocities were committed for years after the war had finished in order to try to stamp out support for the guerrillas. 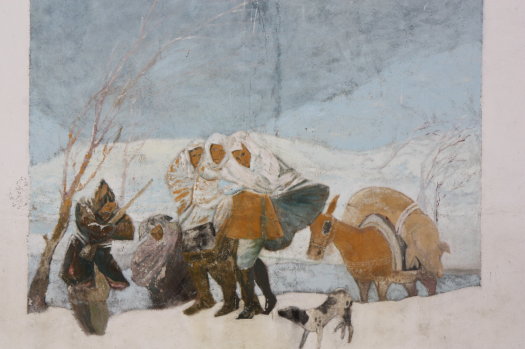 Mural in a mountain village in Teruel

Reading some of the accounts,one gets the impression that these rural communities lost in the wilds of these mountains were not political at all and in most cases the outside forces who descended on them brought hatred and death. In Guadalaviar, for example, the Republican militias (from Teruel/Valencia mainly) came, and had to activiely push/persuade the villagers to help them burn the church.There was no real natural desire to do this in this quiet place. It is also said that they arrived shouting Fascist/Nationalist slogans to see who reacted by supporting these slogans and then carting them off to be executed as supporters of the Nationalists. Then, a few months later they were visited by the Nationalists who more or less did the same or worse, killing anyone who had collaborated with the Republicans and confiscating their property. Both sides actively took the villagers’ sheep,chickens etc.The sectarian violence,in general, was imported from other more “sophisticated” areas of Spain. 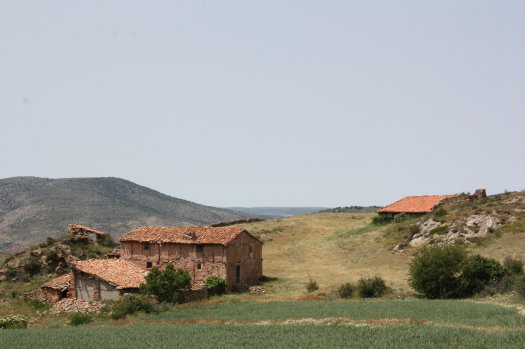 A typical farmhouse in the Sierra de Albarracin

Then,after the war, the presence of the Maquis,hiding out in the rocky and pine tree wilderness brought fresh trouble for the villages of the region as the guerrillas wanted food and visited the villages and were often supported and given food. But they also took food and on some occasions stole whole herds of sheep. Then, of course, the Guardia Civil and special Forest Guards punished villages for helping the Maquis even when they weren’t. In some cases with brutal torturings and killings. 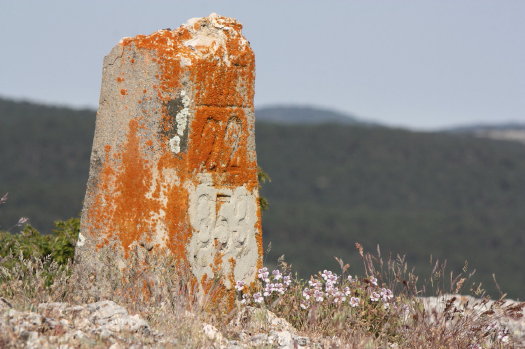 A mountain top in the Sierra de Albarracin

“If you visit the village of Griegos”, said the old man,”you will notice that there are no old buildings. The village was so badly bombed and bombarded by the Nationalists, that it had to be totally rebuilt after the war.Not many people have heard of Griegos but like Guernica they bombed it with planes until it was razed to the ground.”

If you walk extensively in this area you can find vestiges of the war although I can’t be sure they are all vestiges.They do look very authentic but often there is no record and locals are reticent about talking about those times. 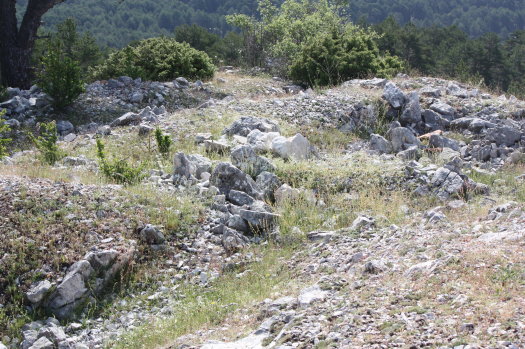 What look like mountain top positions/trenches from the Civil War

The Maquis were bands of Republican fighters who fought on after the war resisting Franco’s government,acting as guerrillas, until the late 40s. They generally sabotaged infrastructure,set up road blocks and robbed the local(normally nationalists) population and killed Guardia Civil or government officials when possible. They had a loosely knit network of groups across rural and wild Spain and in some areas were relatively successful. However, in the Sierra de Albarracin they were eventually eliminated by cruel and brutal methods. They were heroes to many and evil to others but it is true they endured incredible hardship in some of the most beautiful and wild countryside in Spain.The winters in this sierra are particularly cold recording temperatures of down to -30ºC. The vestiges of the Maquis can be seen in the Sierra.If you dont mind walking you can visit their secret camps.They make for fascinating visits as they are a mixture of history and nature up in the mountain tops. 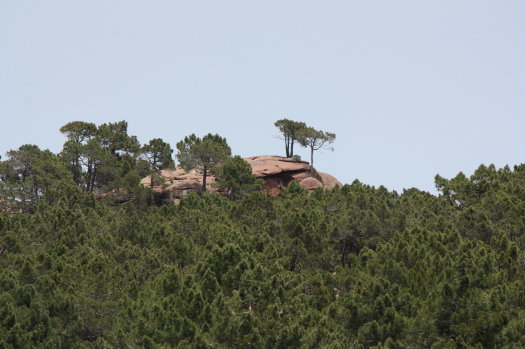 Maquis secret hideouts were hidden in the depths of large pine forests high up in the sierras.

The old man in the bar was right about Griegos,which I have since visited a few times.It is a newly built village compared to neighbouring villages. When I asked him why he knew so much about Griegos and the war he replied, “I am from Griegos,although I live here.I was a very small boy during the war but both my famly and I,unfortunately, remember a lot.” He stared at me with a blank look on his wrinkled face.Then he went back to staring at his glass of wine. I shook hands and left. I often think of that old man when I am walking the mountains near Griegos..

15 thoughts on “Whose War Was It Anyway?”