Once again we bring you an interview in our “Talk with Spain” series . This week we interview  the entrepreneurs and owners of La Socarrada, a Spanish craft beer which is brewed with rosemary and rosemary honey. All over Spain craft beer producers have been springing up over the last five/six years but especially in the last three.

In the case of La Socarrada, it is truly an innovative and gourmet product and one that is taking the national market and especially the international market by storm. The two people behind this success story are Sergio Iborra and Rafa Suñer, two friends  from Xativa. They come across as natural, fun and authentic just like their beer!

Sergio and Rafa the inventors and owners of La Socarrada

So here is the interview:

How did you start your business?

Well,by chance really.We were having a beer and talking when we started saying if we made a beer ourselves what would it be like etc. And we said it would have to be amazing, “Mel de Romer” ,which literally means rosemary honey but also means in Valenciano the very best (equivalent to” the bees knees” in English). The idea snowballed and here we are today.

What makes your beer so different from others?

Well, it is a craft beer brewed with natural ingredients and with rosemary honey and rosemary giving it a very distinct flavour.

How many litres are you selling anually? 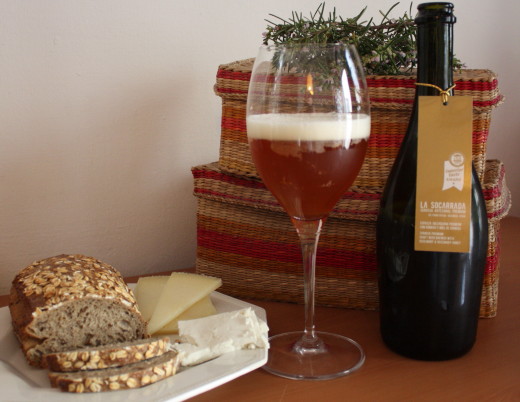 In which countries do you sell La Socarrada?

Spain, USA, UK, Germany, Finland, Japan and Singapore. We are currently about to start in Brasil, Mexico and Thailand

Is it true you are building a new brewery in Xativa?

Yes, we have currently just started a project to build a new brewery which will be operational by June this year. We will also be opening a brewpub.

Which is your favourite monument or building in Xativa?

San Feliu which is probably the only Reconquista style church(13th century) still intact in the world with its amazing baptism font covered in an incredible image of Mary on her back having just given birth to her son and the midwife placing the baby on Mary’s stomach/chest. 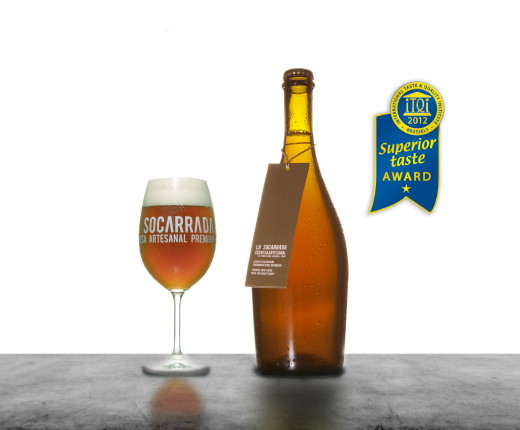 La Socarrada’s unique taste, design and great quality is what makes it such a success. It is not your typical ‘drinking beer’ but  a wine beer which means it is drunk in a a similar way to wine. That’s to say it is best drunk with food(ie ideal for food pairing); for example with chicken,pork,fish, rice dishes like paella and arroz a banda and is especially good with almost any cheese.This unique profile  is the reason this product is sold more often to good restaurants than other outlets.

The success story of exporting excellent volumes in only their second year and the fact that they are building a new brewery here in Xativa is a very heartening story to hear amongst all the gloom of the Spanish recession. Without doubt Sergio and Rafa are an example for young Spaniards to follow. A great idea, an innovative quality product well niche marketed and the major part of their production exported. These guys should be running the Spanish Government!

If you are interested in trying this gourmet beer then it is available in the UK from www.ultracomida.co.uk   and in the USA  enquire at: info@sublimeimports.com.

8 thoughts on “Wake up and taste the beer! There’s a revolution going on.”