Not far from  the inland town of Utiel, in Valencia, there is a large  basin for treading grapes which has a canal connecting it to  a holding tank.  Oooh! Wow!  So?

Well, the interesting thing about this ‘production unit’ is that it is some 2400 years old and is carved out of stone. It is thought, by the archaeological experts, to have been made and used by the Iberos. These people were a tribe-based civilisation who inhabited the Spanish peninsula from approximately 1000 BC to 100 AD. They were an agricultural and warring people who knew the secret of making wine,which had spread from the Eastern Mediterranean via traders and settlers over the centuries. 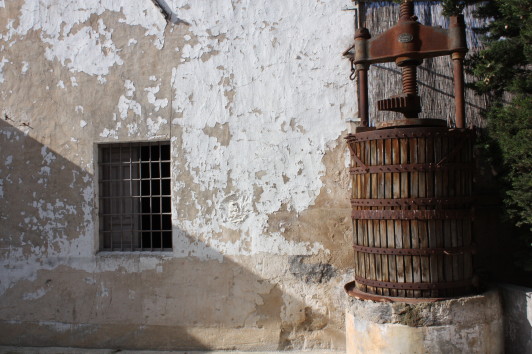 Spain’s wine culture has been central to life since then although in the last 25 years it has suffered a clear transformation. Whether it be by occupying Romans or by 19th century peasants wine has been produced over the last two thousand years  in Spain in many formats. Each region, town and village producing what for them has always been  “the best  wine”(el mejor vino).Whether it be sweet wine of Malaga,  Cava of Catalonia, red from Ribera del Duero, white wine from Galicia or  dry sherry from  Jerez the  variety and product available nowadays is dazzling. The difference now is that nearly everything is available nationally whilst before everything was so much more local. Most farms  one hundred years ago and less made their own wine for their own consumption. And wine was made for local consumption through the local bodega. In those days and up until recently wine was drunk at most meals. It was part of the tapestry of everyday life. 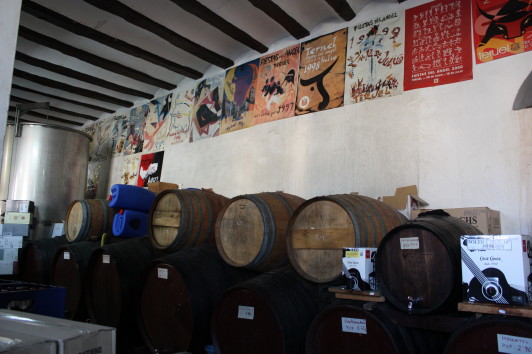 The local bodega could be one of two types: the first would be a producer of wine who besides making the venerable fermented juice also sold it via a ‘shop’ on his premises often actually in the town itself. The second kind of bodega was basically a shop for selling wine. 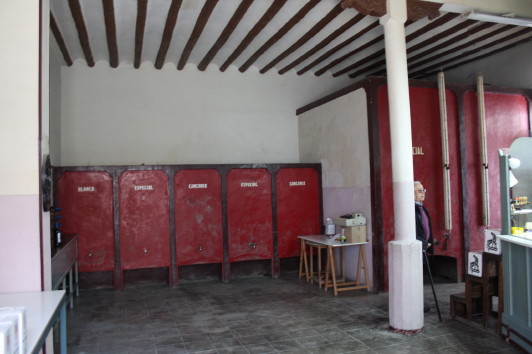 Today, in Spain, people mostly buy their wine from supermarkets and the old style bodegas are a dying breed. The new breed are the new tourist visiting type of bodega where you can go and see the production, taste the product and buy it. They are normally in the countryside,especially built or renovated and are typical of modern day production and  wine tourism.Excellent places to visit but different from the bodegas described above. 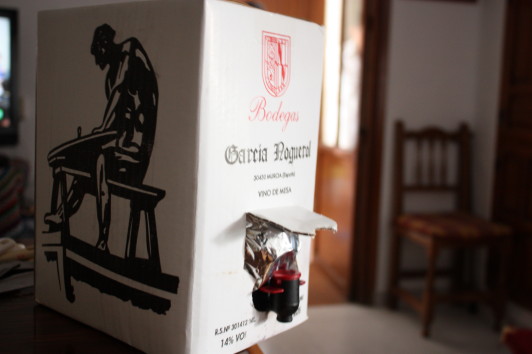 In the old style bodegas, you would (and in a very few you still can ) buy the wine in bulk. You would either take you own bottle(s) and containers along or they would provide you with the necessary liquid holder. When you entered a bodega the dank, musty, fermented smell of  wine always hit you. The place was normally darkish and cool (light and heat affect the quality of wine).Once in the dark, cool bodega I always found the decoration to be of particular interest as it normally was of a local nature e.g. posters of fiestas or photos of the family etc. 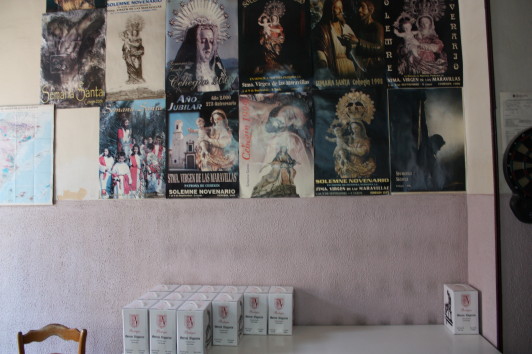 Rows of barrels, large vats and strange pipes added to the dark and cavelike atmosphere. Chalked numbers and strange Spanish names on the barrels. Then the wine was poured into your containers straight from the barrel. No filtering, no fancy bottle or label, no marketing: just wine.  The quality of the wine was and is of excellent table wine; by no means a fine wine but  young, fruity and very drinkable. Of course, this commercial transaction was second to the conversation about this year’s vintage, the family, the fiestas or the weather or all four. 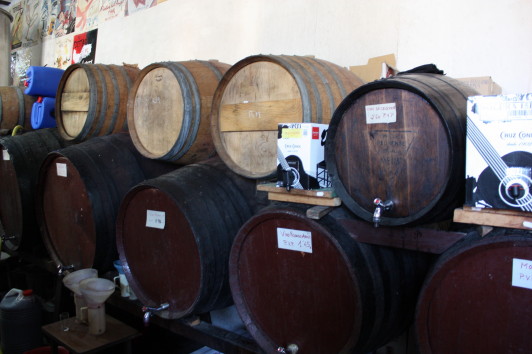 Red wine in oak barrels in the Bodega shop in Teruel

Buying wine was a sociable experience and took time. It  was an unhurried and deliberate operation. An almost sacred replenishment of the  household stocks. Over the years I have been down to the local bodega with my father in law a good many times and I never cease to be impressed by the huge vats, the fermented wine atmosphere and the years and years of wine heritage that sit in that bodega. You can’t buy that in Mercadona or Tesco’s. In fact you can’t buy that (almost) anywhere nowadays as EC laws prohibit the selling of bulk wines to the public. It is extremely difficult to get around the laws and most bodegas have had to give up this centuries old tradition in the face of fines and closedowns. 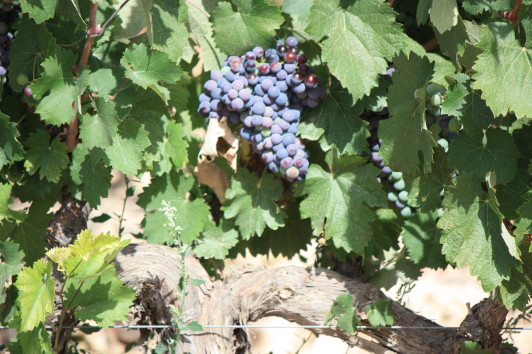 Grapes ripening for this year’s vintage

I know a bodega in Teruel who sells bulk wine but he says it is almost impossible to carry on in the face of the new laws. Many now only sell bottled  and  winebox versions of the fruity nectar they produce each year and poured directly from the wooden barrel into your container of choice. Obviously it is not the same and progress  once again has erased  something from our world. something  unique, very Spanish, and  of great  value; maybe not of monetary value but value.

If you like wine and want to discover some of the best bodegas nowadays, in the Valencia region, check out The Spanish Thyme Traveller and their unique trips.(www.thespanishthymetraveller.com)Their trips inlcude wine as an important part of the experience. They share their passion for wine with all those interested!

7 thoughts on “The Traditional Bodega was Something Different in Spain before “the Wine Tour”.”