Fan; the name of various instruments for exciting a current of air by agitation of a broad surface.

Fans in Spain have been used by the Phoenicians,Greeks,Romans,Muslims, and Christians and they went from being just a big green leaf or a bunch of feathers to the beautiful and useful fans we use today. 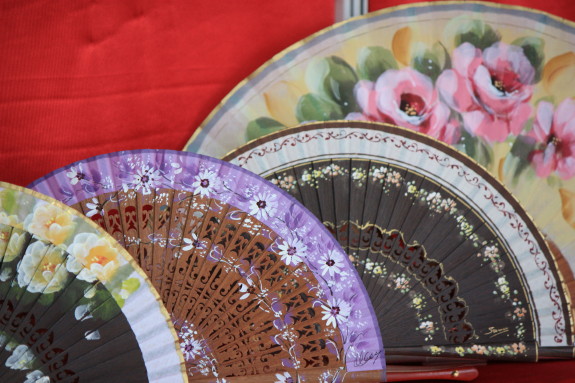 Spanish fans part of a culture

Although fans were invented some 5000 years ago,the folding fan was invented in Korea in the 9th century and reached Europe in the 17th century.By the 19th century Valencia was the biggest fan manufacturer in Europe.And even today it is one of the most important.

I grew up in Valencia and we always have had long hot summers. 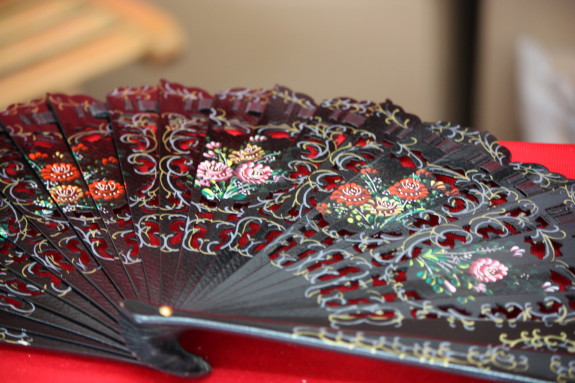 My memories of all the women I saw in my childhood were of them using a fan.As children we played with them and saw our mothers using them while walking in the streets,  in the shops, listening to the radio, in Mass…My first fan was the one every girl had for her First Communion. It is an instrument that becomes part of your body. 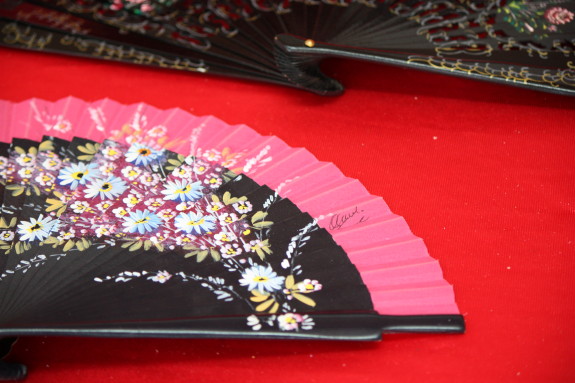 In those days when women went dancing they had to take a chaperone and they had to invent a “Fan Language” to be able to communicate with men. This language had different meanings depending on the region of Spain;but the important messages like “I’m engaged” or “I like you”, were the same.

The Secret Langauage of the Fan

In Valencia, we have fans of all kinds,some of them are masterpieces, real works of art, made with silk and are handpainted. And we have ones we use daily which are less expensive. A fan is used not only to bring relief from the heat but to scare away the flies(all types!),to keep your hands busy,to have something pretty to look at,to relax while you play with it, and historically a way to communicate with others in secret. 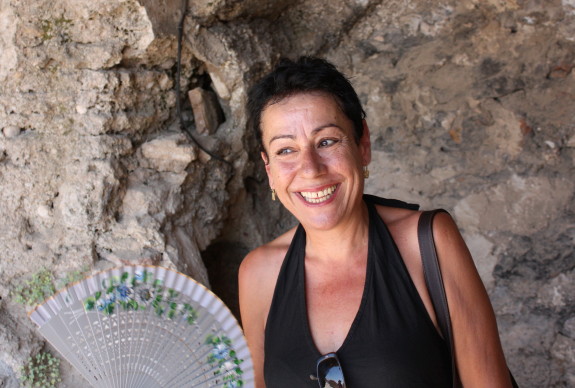 Here in Valencia we use them, we make them, we love them and we have fun with them.

The Spanish Thyme Traveller organises great food and cultural experiences,short breaks and specialist holidays in Valencia and Teruel in Spain.

5 thoughts on “The Spanish Fan is Fun”