If you ask most people what was their first holiday to Spain like most would say they spent all the time sunbathing next to the hotel pool or frying themselves lobster red on the safe, sandy beaches in reach of seafront cafes selling beer, sangria, touristy paella and chicken and chips. In the 1960s and 70s northern Europeans flocked to sunny Spain to soak the Mediterranean sun up and consume vast amounts of cheap food and drink. 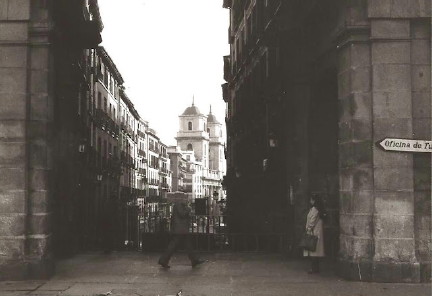 Somehow, when I first came to Spain in 1978 I missed the typical beach bit and spent a blisteringly hot 4 weeks  hitching round the “real” unspoilt Spain, the  interior, through mountains ranges and across vast rolling plains that shimmered  in that mirage kind of way that only extreme heat can . I distinctly remember the feel of oven hot dry air blowing in my face, through my hair and over my bare sun burnt arms whilst sitting in the back of a 1970s Seat Mirafiori without airconditioning.The main pastime on the lorry packed road, besides observing how our kind driver overtook each truck with a certain bullfighting type of  bravado and bluff in the face of oncoming traffic, was to stare out across the plains  of  golden stubble and sunflowers  and try to spot as many medieval/Moorish  castles or typical Spanish country houses as possible. They were dotted intermittedly along the melting tarmac route, normally in the most spectacular spots. 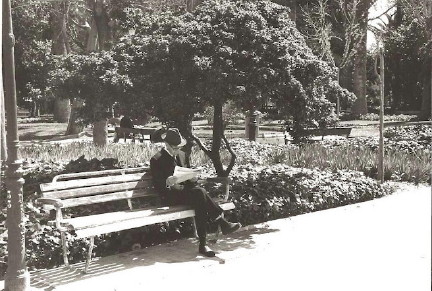 Needless to say our frequent stops for rest, petrol, change of lift and refreshment were very welcome and very interesting. Nearly everyone who picked us up insisted on inviting us to have a drink and a tapa and in several cases to full blown meals. Although embarrassing to begin with it soon became apparent that to refuse was borderline rude so we proceeded to become experts on the best tapas and drinks. Tortilla patata,(Potato Omelette or Spanish omelette),Habas con jamon(broad beans with ham), Patatas Bravas, Ensaladilla Rusa(Russian Salad),Ternera en Salsa(beef in sauce), mini fried fish, what looked like fried sparrows and many more delights. We basically ate and drank our way round Spain meeting all kinds of people and  visiting some amazing places which in 1978 seemed almost to have been more like the 1950s with the car models in the streets all curiously unfamiliar Seats , old Renaults, secondhand ex  Cold War Mercedes and others giving the impression of going back in time. 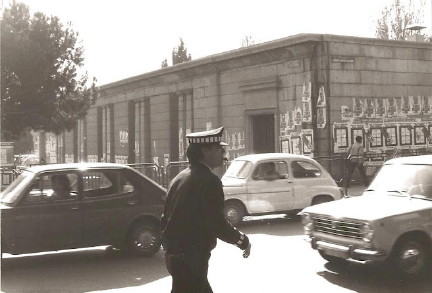 Madrid in 1982 elections (checkout the posters!)

And to add to this 50s black and white film atmosphere, people dressed relatively simply and with none of the trendy 70s flares and wide ties.
Many ladies over 40 years old dressed in black as a sign of mourning for a dead family member and loads of gentleman wore dark hats, berets, sombreros. This was especially so in the rural areas where the feeling was of the 1930s.There were not many tractors or agricultural machines and there was a baffling array of mules, donkeys and horses and carts being used for transport or work in the fields. I saw in various villages people working the earth manually (harvesting/ploughing) which I had only ever seen in books and in the paddy fields in Asia. Of course, the donkeys and carts on the roads made for some pretty hairaising driving experiences. I always got the impression that drivers of the cars we were in, actually seemed to accelerate as we approached four legged traffic. Close shave wasn’t something I could say in Spanish but expletives and hiding behind our hands seemed a good way to express our concern. Well, no….this just made most of the drivers laugh out loud  and shout out things like Jaja! Burros!!(Ha-ha Donkeys!).
Besides close shaving hundreds of donkeys and mules we did actually visit the truly unique cities of Toledo, Granada, Cordoba and Sevilla amongst many other enchanting places (and some not so enchanting!). We met non English speaking Spaniards who were enchanting as well and really wanted to show us that Spain and Spaniards were open minded, international and friendly. 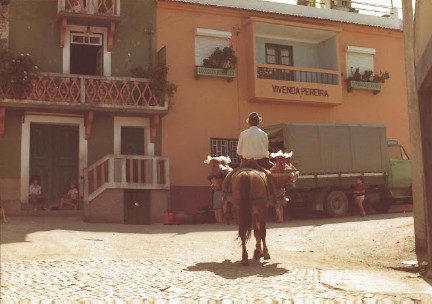 And it was people and food that most impressed upon me on this trip and subsequently when I went to live in Murcia,Spain in 1982. Spanish  people  were always outgoing, happy  and everywhere we went wanting  to express  their hospitality by  sharing food with you, whether it was a shepherd in the  mountains with his bit of cheese , hard bread and goatskin of wine or the chic businessman driving from Vitoria to Madrid who picked us up in his red Seat sports car(but no aircon either!) and invited to a most delicious  tapa dinner in Burgos. He took us to this fascinating stone cellar type restaurant and we dined on  Spanish ham, cured meats,”Morcilla” (black pudding made with rice filling) all kinds of montaditos (small slices of bread with various s meat and vegetable toppings), thick country bread, juicy beef steaks and lots of red wine drunk from a “porron” (a jug with a thin spout for pouring the wine directly into your mouth(no special red wine glasses needed!). The meal seemed to go on forever and just when you thought it was over something else arrived on the table. I will never forget my first Spanish gastronomic experience in that cellar in Burgos 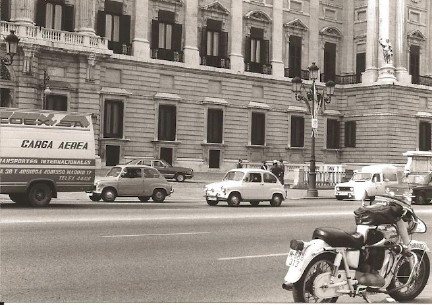 Food and kindness to the weary traveller is part of the culture of Spain. It was in the 70s and continues to be now although be it in a more modern environment.  Back then even though black and white was one of the impressions I had of Spain , I was still bowled over by the colours, the sunsets and the big cultural and geographical  differences between the regions. The only thing they had in common was that bright, brilliant sunshine…………..and of course the close shaven donkeys.

6 thoughts on “The Hitch Hikers Guide to Spanish Gastronomy in Black and White.”