There used to be a campaign in the 90s which ran “Teruel existe!” (Teruel exists!). A simple statement that reflected the fact that Teruel as a community felt neglected and off the beaten track, as indeed it was in those days! They were campaigning for a motorway and to be connected by the AVE to Madrid.Well, since then they got the motorway but not the AVE.(I have just googled “Teruel existe” and the campaign is still going on.They obviously want their AVE…a bit late now considering the economic climate!)

Fifteen  years ago there was no motorway connection to anywhere from Teruel and the trip to Valencia or Zaragoza was a veritable cross country expedition of  4 hours on winding, lorry filled mountain roads that were the old Spanish type main roads, sometimes with three lanes that were  mindbogglingly dangerous. ‘Chicken’ was played by oncoming cars and lorries to alleviate the boredom of the  long hours at the wheel. 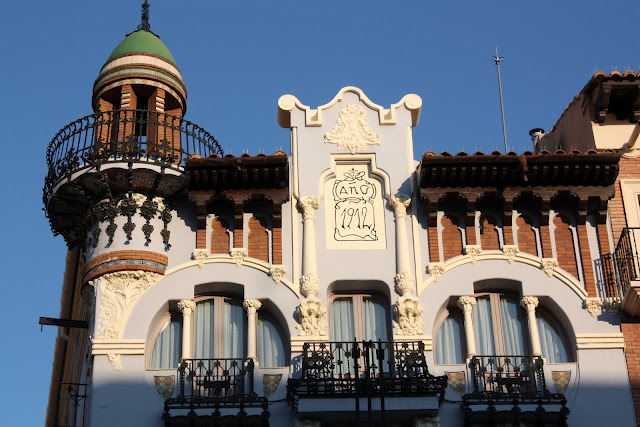 A mountainous region with some of the coldest temperatures ever recorded in Spain(Calamocha -28ºC). Teruel is also a haven in the summer from the heat of  the coastal areas and central plains. However, more than any of this, for me, (I am a treehugging,birds of prey watching, mountain loving kind of guy) it is  primarily  an area of  singular natural beauty with endless pine forests,spectacular mountains,rivers and wildlife. 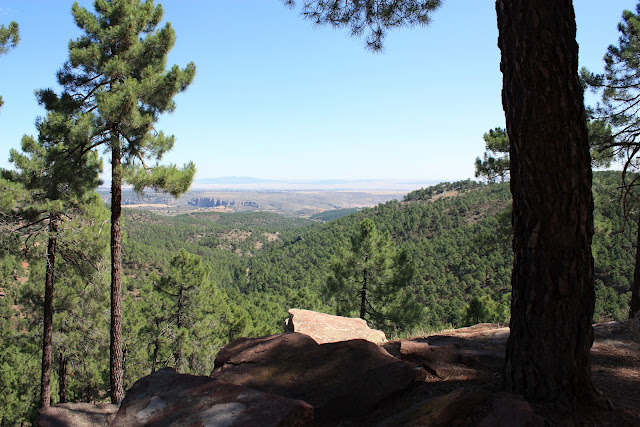 The size of the forests in the nearby Montes Universales is staggering. Straddling the mountainous border between Cuenca and Teruel these  forests, of  surprisingly large mediterranean and Scot’s pine (Pino Albar) trees  are not only home to the  Golden Eagle, the Booted Eagle,the Short toed Eagle, Red Kites, the Eygtian Vulture and many other raptors, but they are also often referred to as the lungs of Spain because of the pure mass of vegetation in the centre of  the country absorbing carbon dioxide and  producing oxygen. These mountains are also the home of the sources of important rivers such as the Turia, Jucar, the Guadalaviar and the Cabriel. A jewel to be protected for generations to come. 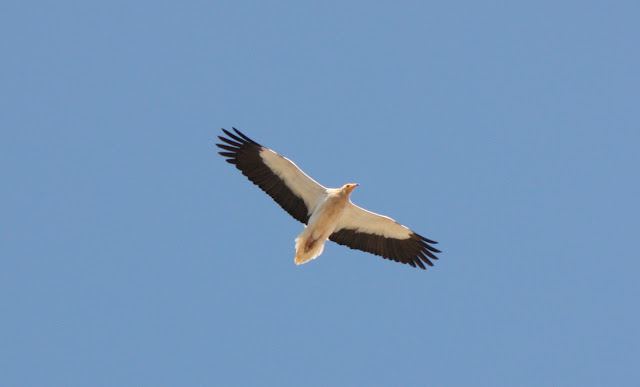 Egyptian vulture in Teruel with the last of the spring snows.

And secondly within this beautiful natural backdrop there are tantalisingly picturesque  towns and  villages all built in a lovely Aragonese  stone wall  style with Mudejar architectural style reflected in the churches and palatial buildings.This is not to mention the lovely provincial capital city Teruel which is a  gem among gems with its myriad of bridges,towers and churches,not to mention the famous Lovers of Teruel. 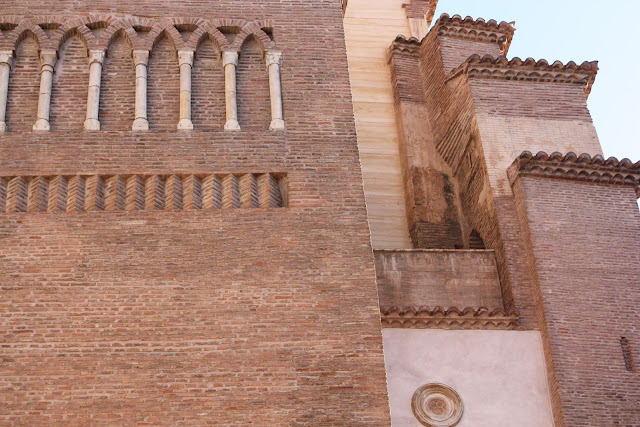 But not only do these places look and feel good, they are also full of great food and  culture!! Serrano ham, great local cheeses and all types of pastries are all on the menu in the many great bars and restaurants that abound eg. La Barrica in Teruel capital, where one can taste  tapas(pintxo style) with local ingredients such as “Hamburgesa mini de Rabo de Toro”(mini Oxtail hamburger),”Rollito de morcilla y manzana”(Black pudding and apple parce)” and their special ,“Oreja rustida con queso de Albarracin” (Roast pig’s ear with Albarracin cheese). 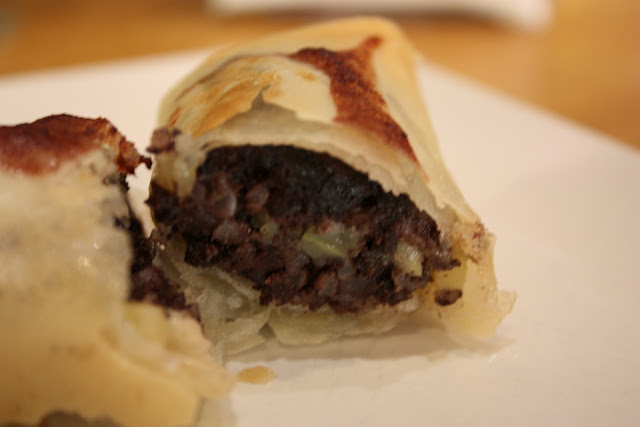 Local delicacies  aside,Teruel,still maintains an authentic  Spanish city atmosphere, with  very few foreign tourists compared to other cities like Cuenca, which nowadays is on the ‘Do Spain in 7 days’ brigade’s programme and is overrun with foreign hordes visiting the “real Spain”. The commercial result of the AVE. 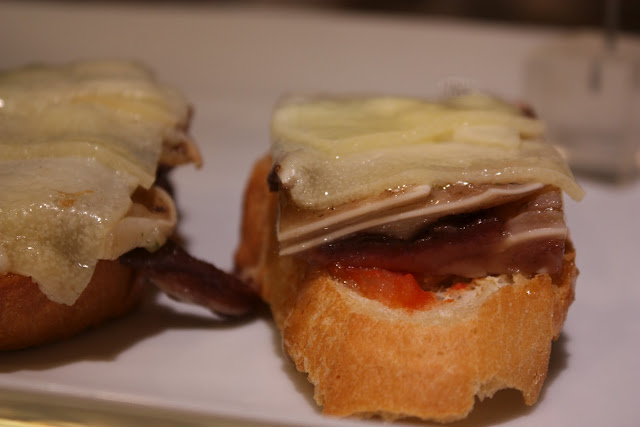 Pig’s Ear and Albarracin cheese- surprisingly unchewable but a few calories in this tapa!

So if you fancy visiting something less crowded and still equally worthwhile, then the best time of the year to go is: spring, summer  or early autumn. If you like fiestas the first week of July is when this city  has its main week of excesses.The celebrations revolve round bulls and wine (there are alot of similarities with Pamplona although the bulls do not run a designed route). They have “vaquillas” in the street which are  best watched from afar!(I can tell you this from hard learnt experience.)To start the fiestas off with a Pamplona style emotion, a  “chosen one” from one of the “peñas”,(clubs formed to celebrate the fiestas) climbs the famous Torico fountain/statue and  puts a “pañuelito” on the little bull in front of  thousands packed into the main square. The atmosphere is electric and bordering on the delirious. 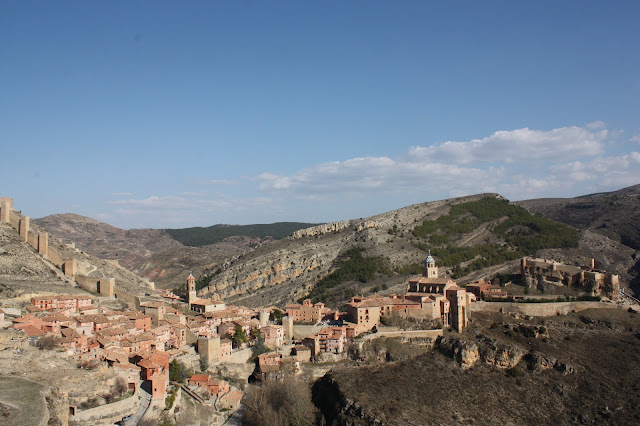 For the quieter types, far from the madding crowd ,there  are innumerable places to visit in the nearby mountains. If you have never been to Albarracin then take me at my word,you can put it on your must visit list as it is one of the most picturesque villages(hang on it has a cathedral,so is it a village or city? Sizewise it is a village but technically it is a city?) in Spain and is rightly categorised as a Monumento Nacional and a UNESCO World Heritage site. 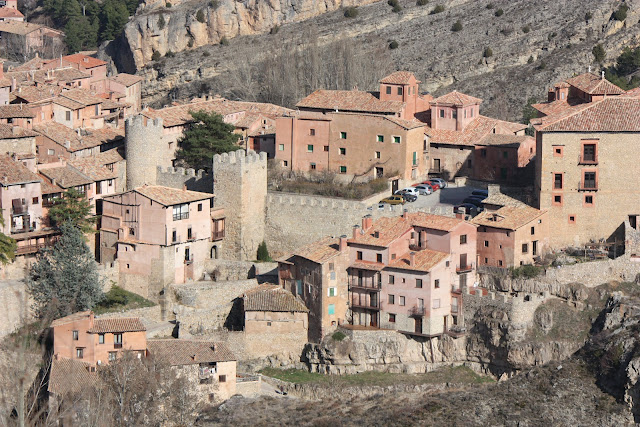 Albarracin:Architectural gem in the mountains

Besides being historically and architecturally rich, it has some of the best cave paintings in Southern Spain in the most beautiful pine forest and red sandstone outcrops called Las Rodenas where you can lie on great slabs of rock and watch the eagles and vultures compete for airspace above you. One of my favourite places in the province. All around this area there are magical walking routes and  rural villages which  still live at a pace we should all live at!

And if you’re not into rocks,cavemen,birds,trees and mountains then there are plenty of interesting villages to visit within a short distance of Teruel capital eg: Cantavieja(fortifed Templar village),Rubielos de Mora and Mora de Rubielos, (picturesque medieval villages) and much more. 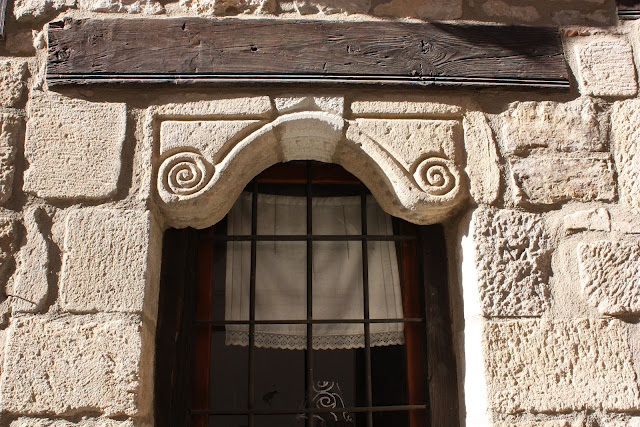 If you go then try not to go at the weekend as this is when there are alot of Valenciano tourists and the sights get a bit overcrowded.

For holdiays in the area and in Valencia: www.thespanishthymetraveller.com

One thought on “Teruel exists!”