This is the first of a series(Talking with Spain) of short  interviews with local people to give you a window into the lives and/or businesses of local people in Valencia and Teruel. 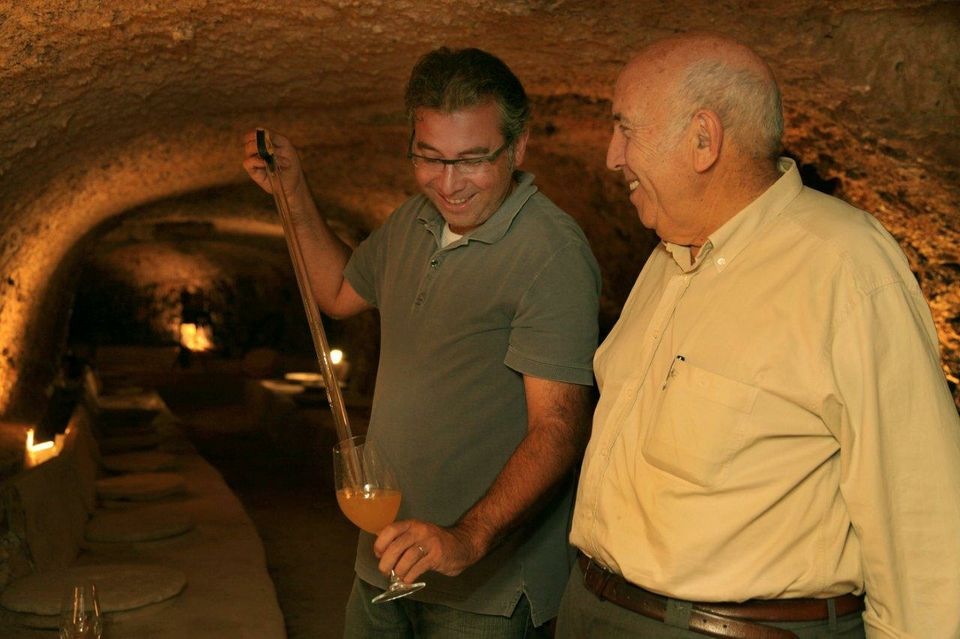 Pablo Calatayud and his father in their bodega cave

This first one is with Pablo Calatayud, who owns and runs the winery El Celler del Roure , near Mogente in Valencia. Pablo, married, with one child and another on the way is an avid winelover and famous in Valencian wine circles for producing such excellent wines as Maduresa and Les Alcusses.

Pablo studied Agronomy(Agricultural studies) at univeristy and founded his company along with his father some eighteen years ago. Hard work and the desire to make quality wines has meant he has built up a bodega which is now amongst the best of Valencia. Pablo is also the President of “Terres de Alforins” which is the body responsible for promoting this unique winegrowing area. 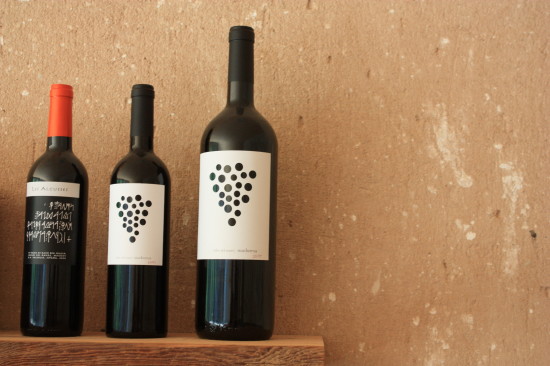 Here is the short interview:

How did  you start your winery business?

Well, we started  growing vines in 1994 in a field my grandfather owned near Mogente with the idea of supplying grapes to other producers but quickly started to try to make our own wine and after four or five years produced our first commercial wine in the year 2000.

What makes the area of Fontanares/Mogente good to grow grapes?

Although many people thought Valencia too hot to make quality wines we were inspired by the Priorat region in Catalunya.There we saw they had a similar climate to ours and were making good wines.Here we are at 600 metres which provides cool nights in the hot summer and cold winters.

How many litres of wine does El Celler del Roure produce annually?

We produce approximately 300.000 litres a year.

Which is your most important market?

Well,it continues to be Valencia and Spain but our exports have grown in the last few years and we now export to Germany,China,USA and the UK amongst others. 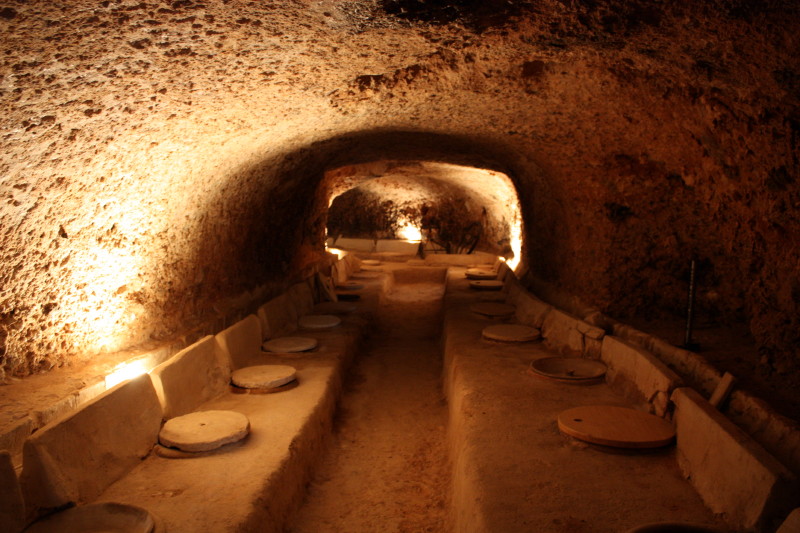 Thanks to Pablo for his time and for answering our questions. One of the outstanding things about the bodega is that it is at the foot of the remains of the Ibero town of Les Alcusses where remains of winemaking implements have been found proving that they were making wine in the very same place some 2400 years ago. Fascinating that this wine culture has been passed down the ages in the very same place. Also the winery has a very unique 300 year old underground cave where they have started making white wine in old amphoras over the last three years with very interesting results. Cullerot is a white wine with a unique and tangy taste free of any signs of wood.

The Spanish Thyme Traveller organise trips on which you can experience the amazing food and culture of the  beautiful interior of Valencia and Teruel. Check out our webpage by clicking on this logo:

6 thoughts on “Talking with Spain”