Blue skies, nice temperatures and spring are things all associated with one of the biggest and most exciting of the Spanish fiestas. The Fallas in Valencia are many things but it is the actual  amazing two storey high statues  that are called Fallas and are built, decorated and designed to be burned at the end of the week’s celebration. By wandering around Valencia they can be found virtually on  every other street corner.They are quite spectacular and unique to this springtime festival. 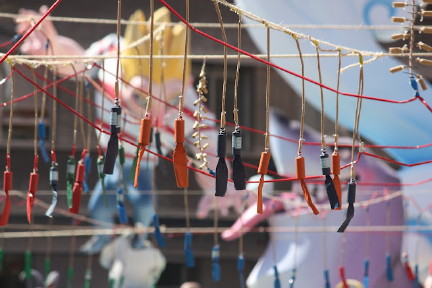 But this fiesta is without doubt about noise; fireworks,music and fire. A pyromaniac’s paradise!

Pamplona is about bulls,the Tomatina about tomatoes and the  Fallas about noise and fire. Having said this the amount of bangers and rockets in the streets is much reduced compared to years ago…EC safety regulations. The principal daily midday noise event is  the Mascleta.This is a small one:


It  is a spectacle which is difficult to understand until you have experienced one. A huge banger display which shakes you to the bones and will not leave you unimpressed. A lot of people find them excessive but then that is what most Spanish fiestas are about! You can see the big one in the main square(at 14.00 daily) or see the smaller ones  close up  in the barrios(different quarters).
And, of course there are music bands and falleros are everywhere.

So if you are not afraid of fireworks and large amounts of people this fiesta is not to be missed. 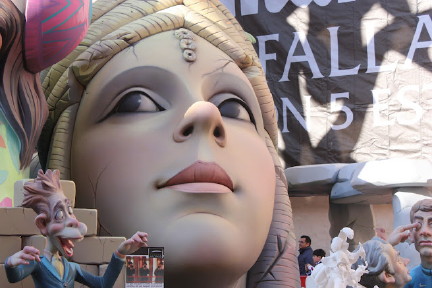 This year there are over a million visitors to Valencia in four days  and it is reported there will be 800,000 people at the firework display of tonight 18th March. The Nit de Foc as it is called is a truly spectacular show and a great fiesta atmosphere. 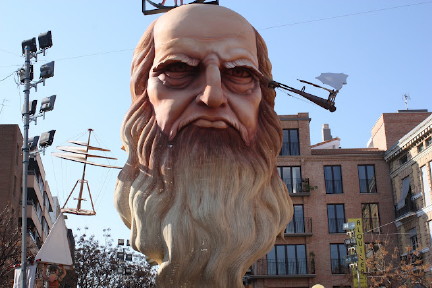 This Falla was in a square called Na Jordana…Michelango..Stunning.

A street fiesta with beautiful traditional dress,bangers,music and fun,plenty of fun.

The Fallas official website ,where you can see a mascleta in its full glory is: http://www.fallas.com/

Visit  the off the beaten track parts of Valencia: http://www.thespanishthymetraveller.com/ 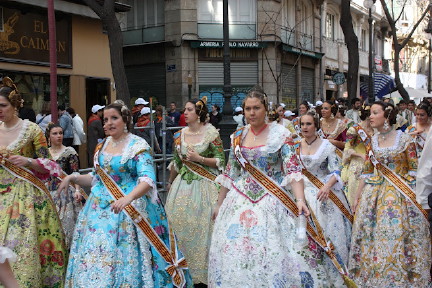 Falleras going to pick up their prizes

Next Week: ” SpanishTreasure Hunting is Good For You.”