This article is written by Julia Espín.

The post war in Spain lasted many, many years.

People had to leave their hometowns to look for a better life in the cities or they migrated to other countries for good or they left their children with their Grandparents and went to work in Europe for years to get enough money to comeback with cash.

When I was 11 years old (1968), and I started secondary school there was a big change in my life. I felt grown up because I could mix with girls older than me. 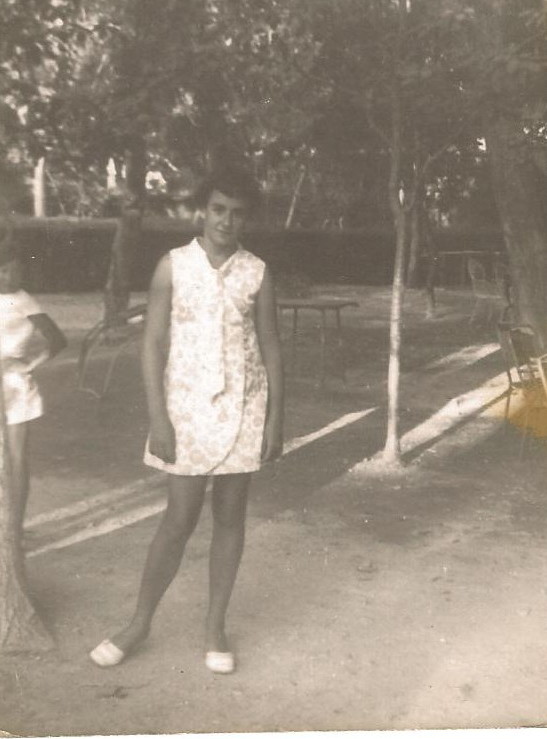 The only knowledge I had about music was the songs I learnt playing in the streets (songs passed down through many generations about games or to do with fiestas), and the songs my mother sang while doing the housework. Songs that only mothers sang and they were sad songs of people that were separated from their families living abroad and happy songs about everyday life.

I lived in a building four storeys high with two flats per floor. There was a patio in the middle and all the kitchen windows were overlooking the patio. After lunch, while doing the washing up, the eight women sang songs and  often all sang the same song together. I didn’t like that kind of music but that was all I had. 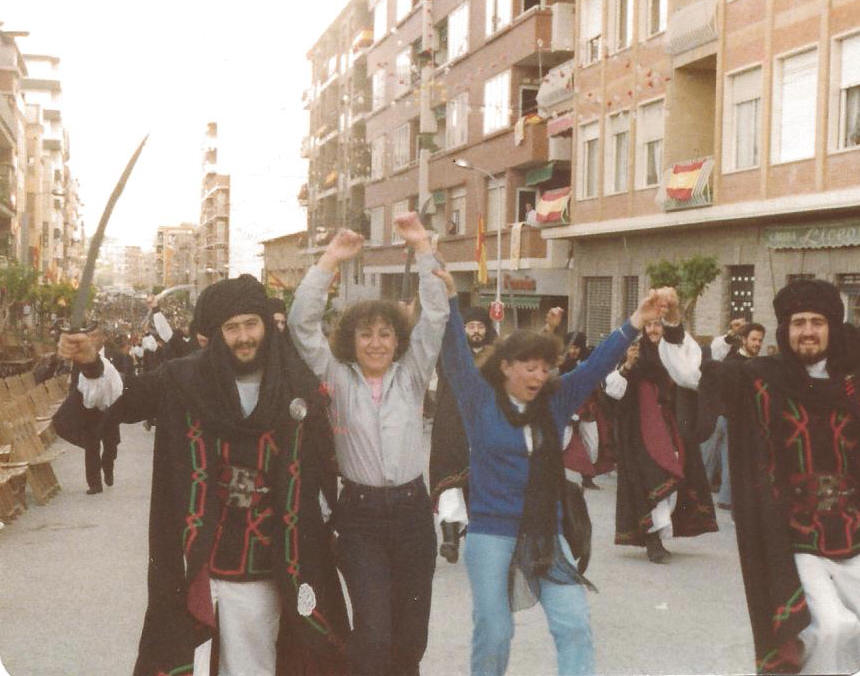 Traditional music: Me dancing and singing at the Fiestas in Caravaca de la Cruz

Because we were ruled by a dictator, we could only listen to the music he allowed us to have. We were not allowed to listen to foreign music, only some Italian or French.

I did not have a radio cassette or a record-player, but I had a very small radio that I took with me everywhere. Nearly all the music played on the radio was by Spanish groups that sang songs in Spanish, some of the songs were from really famous singers and groups like the Beatles, Simon and Garfunkel, Neil Young etc… But we thought they were Spanish songs. It was at the end of the 70’ that we learned they were songs from abroad translated into Spanish.

Now we have freedom to listen and to dance anything we like. 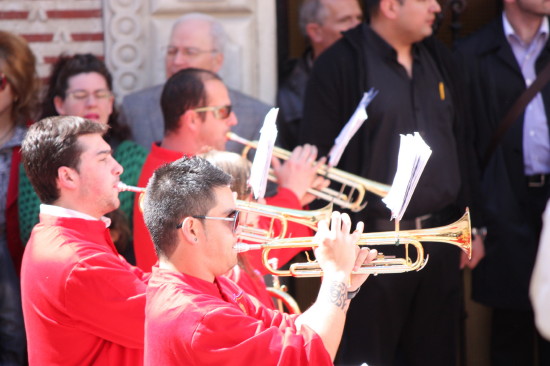 Music in the street

Valencia is a region where people enjoy music in every way, we have famous rock groups, melodic singers and of course every single town and village have their own music band that goes up and down the streets for all kinds of reason: weddings, funerals, fiestas, religious celebrations and so on. 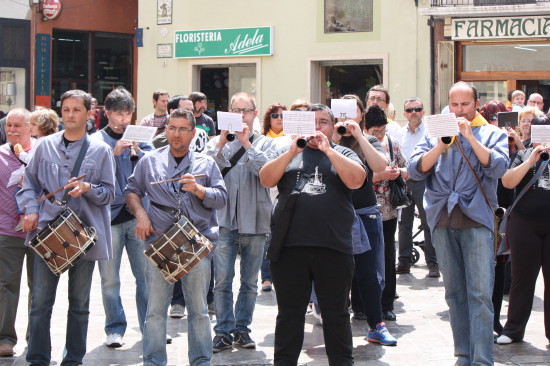 The Spanish Thyme Traveller organise trips on which you can experience the amazing food and culture of the interior. We visit the beautiful interior of Valencia and Teruel.

3 thoughts on “Singing and Dancing with Franco”