It is a fact that all the  great Anglo-Saxon writers  who have written about Spain whether it be Gerald Brenan, Laurie Lee,George Orwell, Jan Morris or VS Pritchett all found Spain a land of contrasts. And who I am to disagree?  Many of you will know that that Easter in Spain is called “Pascua” and  is more often referred to as “Semana Santa” which means Holy Week. Although  in modern Spain most people do not go to church on a regular  basis, studies show  that most still “believe”  in Christianity and it is this type of distant creedence  and profound tradition that keeps the customs of ”Semana Santa” very much alive.

To give you a few examples I know people who don’t go to church  yet the daily menu in their house in  this religious week is based pretty much on what Spaniards would have traditionally eaten  fifty  years ago in order to comply with the church rules of Lent.e.g. On Tuesday “Arroz de Verduras” (Vegetable rice)  made from artichokes,broad beans,green garlic and red peppers. An amazingly tasty dish. Wednesday   sardines followed by “hervido”,vegetable stew for lunch. “Ensalada de alubias”(potato and bean stew) on Thursday and “Potaje de garbanzos”(chick pea and spinach stew) on Friday. No meat. This in a family of non churchgoers! This is  still common in many families,whilst in others it is a thing of the past. What surprises me most is that the food even though it is meant to be frugal  is in fact excellent  and of course,healthy.
This slightly eccentric centuries old Lent diet is contrasted by the array of sweets, amazing pastries and  chocolate consumed in this week. Depending on where you are in Spain the traditional sweets and pastries vary but the abundance contrasts with the traditional lent fasting. 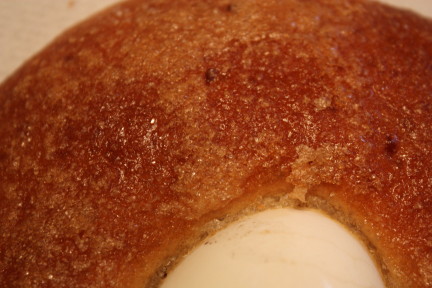 La Mona is a typical Easter sweet bread with egg popular in Catalonia,Valencia and parts of Murcia

Over the years I have spent many Easter holidays in Cehegin in the mountainous north-west of Murcia relatively near the Granada-Murcia provincial border.The traditions here include the  solemn music and processions, whilst up the road in the mountain village of Moratalla they have  frenzied drum beating with a fair amount of eating and drinking in between to keep the up the energy levels  as on Good Fiday they play all day long. They even have bars set up in the street in a kind of fiesta type atmosphere. The last time I went on Good Friday solemness was not on the menu.

However when I first experienced  solemn  processions in other towns I was impressed by how seriously they were taken  and by the atmosphere of torchlit, narrow streets lined by “Nazarenos”(hooded penitents) and ladies dressed in black and with the typical “mantillas”(laced shrouds).Combined with mournful music the effect, even after many years, is  slightly morbid, and with the “Nazarenos”, hooded and anonymous,  even slightly sinister. All this set in the old part of town through dark,tortuous and steep streets giving the feeling of being in another age. I had never seen anything quite like it. Of course, this was designed for effect by the church in the old days to contrast nicely with the knees up and “hood’s off” celebration of the resurrection on Easter Sunday. 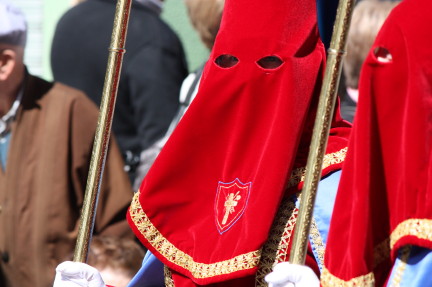 However, I have also seen a  different  face of the fiesta in   ” Las Turbas” in Cuenca which is often referred to as “La Procesion de los Borrachos”(The Procession of the Drunkards). I am not sure if the procession is the same as it was as I went some 30 years ago but I believe so. I went there as I had heard of this ‘different’ interpretation of a Holy Week procession and sure enough, after hours of  fiesta on Thursday night a  large and inebriated crowd surged round the cathedral door at about 4.30am. After a few false starts the figure appeared on the shoulders of eager helpers at around 5.30am, coming out of the door at various  angles. There was a formal group  of people (Los Turbos) to carry the figure,  but there was also  a big crush of overboisterous and very drunk people trying to touch/carry the platformed figure. I thought the stories I had been told were some kind of exaggeration but I followed the figure  at a distance of ten metres and watched its progress as  it swayed dangerously from one side to the other  through  the medieval streets of Cuenca and at least on a couple of occasions it nearly fell to the ground. A curiously distinctive fiesta! (And a word of warning if you ever go to Cuenca be careful with the local brew, resoli…pretty lethal).

The contrast between this procession and others is clear. This kind of  twist to the celebrations is  a reflection of how different  cities/regions celebrate this spring religious fiesta in their own way. Each one having its own uniqueness. 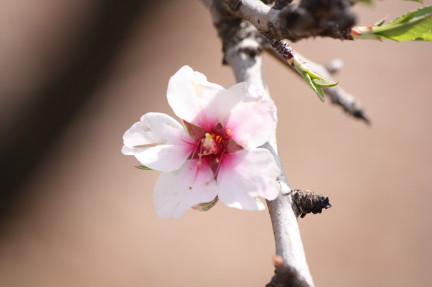 Which are the best places to visit at  Easter in Spain? It really depends on what you  are looking for: tradition, different customs or non religious activities. The Sevillas and Granadas are  famous for their traditional processions but the fiestas I know best  are the ones close to me geographically:

Here  are some of the more interesting  places to visit in  the South East corner of Spain during the Easter holiday. Of course there are many more but these are ones  I can say are worthwhile and have the advantage of drawing smaller crowds than the big city celebrations:
Traditional Processions: Lorca, Cehegin,Bullas, Albarracin, Valencia(only in the Maritime district of the city), Alzira,and Xativa)
Unusual: Cuenca(Las Turbas)
Drums : Calanda, Hellin, Moratalla.

2 thoughts on “Pascua or Semana Santa? (Easter or Holy Week?): A Spanish Fiesta of contrasts.”