Long before I met my mother-in-law I was eating her cooking which came on a daily basis via various containers to my house. It’s a long story as to why this was so but the  bizarre thing  was that I  tasted the delights of  her extensive range of  recipes and many of her best dishes long before having the pleasure of meeting her.
So when I did meet her it came as no surprise that she was in the kitchen cooking! I first came to Spain to live in 1982 and distinctly remember that food was one of the things that made a big impression on me. Why? Because it was so different from British food and all cooked from scratch. All the ingredients were fresh, bought daily at the market  and cooked the same day to be made into some delicious vegetable stew, grilled fish or Murcian rice. Food was tasty and varied and in your face, on the bar tops, on street market stalls and even on street corners sold by aggressive gypsy women plying the best Manchego garlic. Food was then and still is now at the very centre of Spanish life. 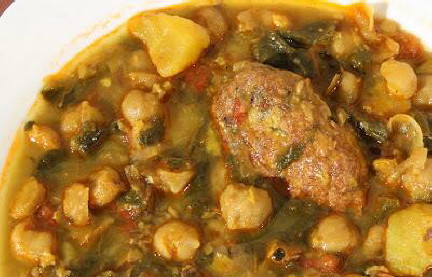 And everyday  my mother-in-law’s  menu was different and healthy with a balanced amount of proteins, fats etc.  Balanced, not through any planning, but through simple deduction: “Yesterday we ate fish so today we are going to eat rice and tomorrow meat.” Today , this still stands in my In laws’ house . People talk and write about the  Mediterranean diet all the time. Well my mother in law invented it! Ha!Ha! You eat what is available according to the time of the year and always fresh. And naturally every dish is always accompanied by my father-in-law’s “old faithful”, a red wine from “el pueblo” bought by the flagon load. My In laws also have a certain tendency to really appreciate(almost in exaggeration) what’s on the table as they experienced firsthand the ‘lean years’ after the Civil War when food was not plentiful and many suffered real hunger. 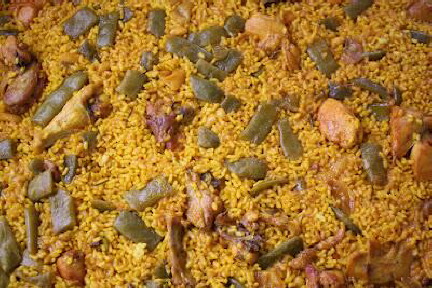 OK, so its true the march of Mcflonalds,Pizzanuts and Fastfoodco.s have been making huge inroads into the younger generation’s diet but Spain is also home to some of the best chefs in the world(e.g.Ferran Adria,Martin Beraseteguia) and maintains an amazing array of bars,cafes, and restaurants of all types and qualities to cater for all tastes.
But not many of them can beat my mother in law’s cooking(NB.this is brownie point collecting at its best!) whether it is her fantastic Murcian rice, or her Valencian Paella or her “Potaje de Garbanzos”(Chick pea stew) or her “Potaje de Calabaza” Pumpkin stew or  her “Migas”(literally translated as Crumbs), a really tasty simple stomach filler cooked  from four ingredients: olive oil, water and flour with fried pork.But her king of kings is Tortilla Española(Spanish Omelette)! . 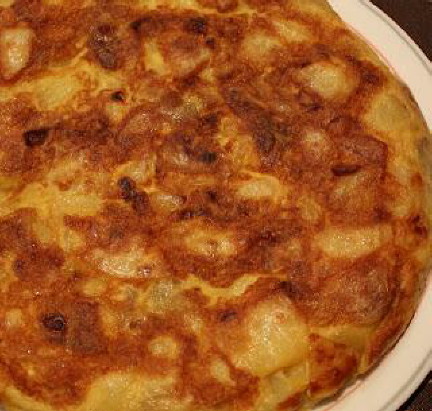 Tortilla Patata The King of Kings.

And whatever their motivation,very few paella cooks can match my mother-in-law’s Paella!!