This post is by Julia Espin,who is married to Paddy Waller, and co-runs The Spanish Thyme Traveller and manages most of the Social Media for the company. She is from Murcia but has lived most of her life in Valencia.Julia loves the Mediterranean,the outdoors and sudokus!

Many important things happened in Spain in this time.

1899 was the year in which Spain lost its sovereignty in the Philippines, but that is the only thing my Granny remembered that happened in the first five years of her long, long life. She then went on to live through such historical events as the Morrocan war, WWI, the Spanish Civil War,WWII, Franco’s regime, Man landing on the moon and the Transition(Democracy’s arrival in Spain after years of absence).

My grandmother had eleven sisters and brothers and all the women died  between 95 and 103 years old. 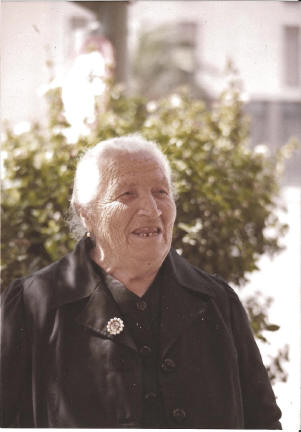 She never went to school and learnt how to read (capital letters) in 1983, when she was 84 years old. She was taught by our oldest son Antonio, who was 7 years old then.

She married my grandfather when she was 23 and went to live in the mountains where she had several children and only four of them survived until adulthood.

The tradition with mourning  was very strict in those days and you had to wear black clothing for many years. For example if your father died you had to wear black for eight years,  seven for your mother’s death etc… She wore black clothing since she was  25 years old because her father died and then a brother and then her auntie and so on and so on .She wasn’t able to wear anything but black for 275 years!!!

My parents went to Valencia city to find a better future and as children we spent all our holidays at my Grandparents  house. 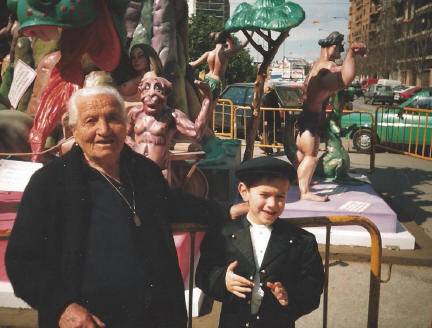 Madre Julia with her greatgrandson Jeremy. A span of four generations!

There were no electricity or running water. They survived with their own products from the land, their livestock, the donkey and the goats. For me it was always  a cultural shock to move from the city of Valencia  to a place in the countryside that had been like that for hundreds of years. 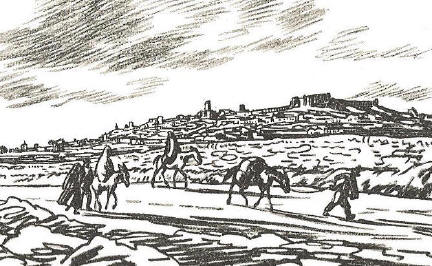 Country living in Spain in the 20th century

Every Christmas my uncles and aunties with their children and my parents went to my Granny’s to kill the pig that she had bred. We had to help with everything and it was like a big party. Everybody sang and had a good time. And then after Christmas the five families had plenty of sausages and ham to take with them.

My grandfather was a shepherd and went every morning with his herd of goats far away to other mountains. Then, my Granny was in charge of all the other animals like chickens, rabbits, pigs, turkeys, and the donkey….. 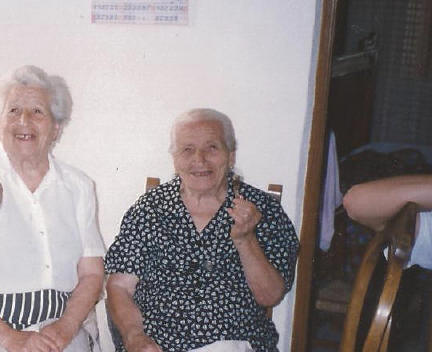 Madre Julia and her sister Teresa

She never believed that man had landed on the Moon. She could not understand what would happen if when they arrived the moon was not a full moon but a crescent moon? Where would they  land? She thought that it would be very funny to see them hanging from it.

One summer my mother left some white shoe polisher and my grandmother spent all winter helping her neighbours with their sore lips and everybody was so please with it. They looked very funny with totally white lips.

Spain at the turn of the century

She used to say that we become shorter as we grow old because the Earth is calling you and you have to go back to Earth. 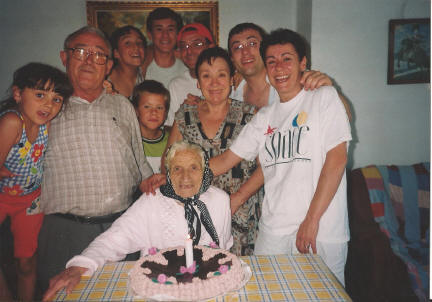 She was an amazing woman with a good attitude to life.She was full of old sayings and stories that go back more than 300 years.