After the run away success of her article about her 300 year old Grandmother, Julia follows up with a post on growing up as a kid in Spain:

I was born in 1957 at my Grandmother’s house in Bullas (Murcia). In those times in Spain, women  went  to their mother’s to deliver the babies, even if you lived almost 300Kms away, like my parents who lived in Valencia.

My parents had previously left the mountains in Murcia and had gone  to Valencia looking for a better life. My father was a shepherd until he was 21 years old. 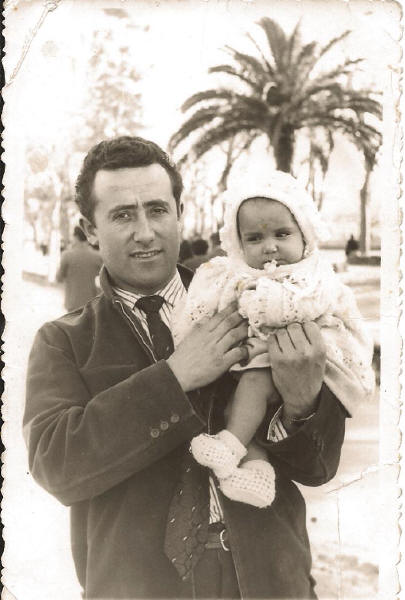 My Papa and myself

I grew up in Valencia and it was a small city, compared to today.

As children we played in the streets  in our free time after school and in the holidays. There was nothing else to do but play and play and play.

Girls and boys played different games most of the time. I was  lucky to be admitted to both sides. I have to admit that I spend most of my time playing with the boys. Their games were more fun than those of the girls.This was a great  frustration for my mother who made me wear the beautiful dresses she made herself and  I always came back home as though I had been run over by a hundred horses. 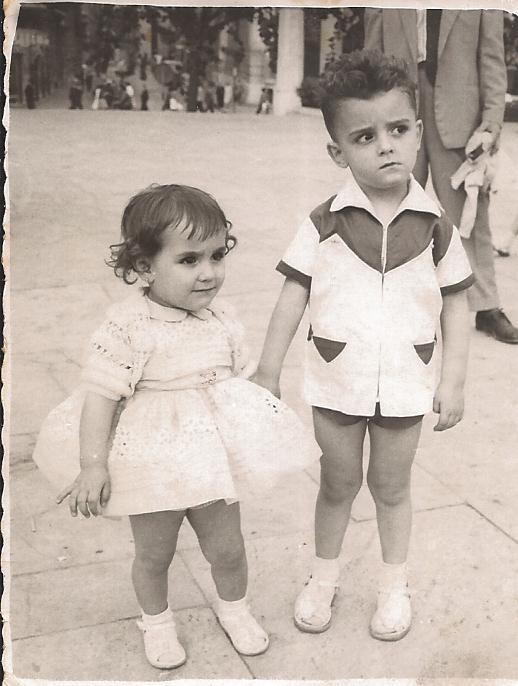 My brother Juansa and me

Playing with girls I learned songs that go back hundreds of years. Songs that were sung by the troubadours and travellers of old. We also played  hopscotch (rayuela), skipping rope games (saltar a la cuerda) but most of the time the girls wanted to played doctors and nurses, mothers and children etc… Boring!!!  The only active game was skipping rope, and I played it a lot because it had movement and songs.

Playing with boys was fun all the time, we played cowboys and indians, leapfrog, peg-top, hide  and seek  and lots of street games that have not translation into English.  We investigated every old abandoned house in our area. We jump onto any loads of sand that was delivered to any building site. We jump on and hung behind the motorized tricycles that delivered all kind of groceries, driving the drivers mad. Every game involved running and jumping. I always went back home full of bruises and cuts. I even had to be taken to Emergencies on several occasions, but being tough (like a boy) I survived every accident. 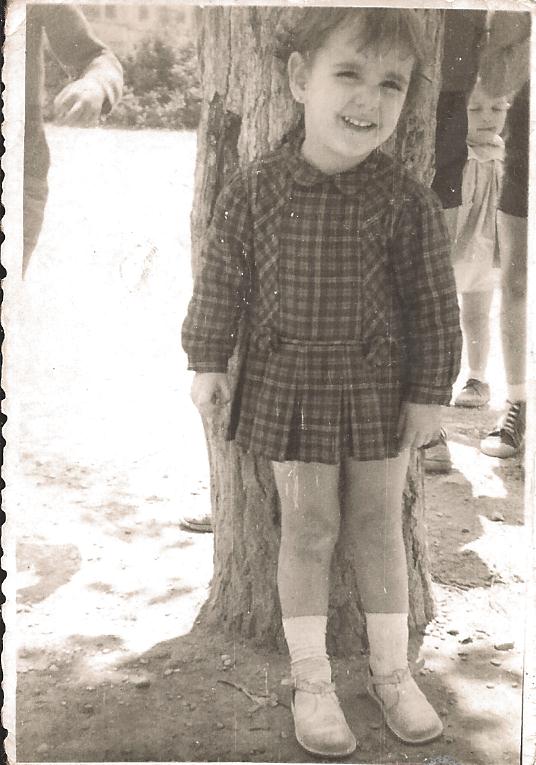 This is me in Valencia.

We lived in a block of flats on the 4º floor; with no lift of course. The building was  four  floors high, like most of the buildings in Valencia at the time. My mother used to give us water and food from the balcony by lowering a bag on a rope. She really enjoyed making us jump and jump pulling up the rope just at the moment you thought you had caught it. 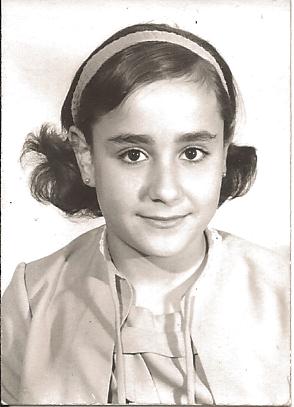 Around 1970. I dont look that tomboyish in this one!

I have two brothers and three sons and now I am going to have a grandson in December. I have spent my whole life surrounded by men and I have enjoyed every minute.

I feel Spanish children these days are missing having fun the natural way, outdoors, with lots of friends, lots of energy and that feeling of freedom.

2 thoughts on “I was a Spanish Tomboy”