Somewhere in the mists of time , for reasons best known to her, my mother got it into her head that I should learn to ride horses at a very early age. I think it was probably the fact  that my sisters( I have four )  wanted to learn and I was just packed off with them to keep me out of trouble. Anyway I  hated the feeling of being on four legs which you weren’t in control of. Sure enough, in a very short period of time I had several scary bucking bronco type experiences. I still love horses but just dont climb onto their backs very often.

Horse giving me the look at the Xativa Fair

Also in the mists of time,well in 1250 actually, King Jaime I,The Conquistador,conceded Xativa the right to hold an annual fair.Some 762 years ago. For this reason it is said to be the oldest fair in Spain. Traditionally based on trading horses and cattle over the last few years the remaining horse traders have gradually been pushed  out of the centre of the fiestas and relegated to an area outside of the centre of the town and the celebrations which is a shame as horses are the “razon de ser” of the Fira de Xativa. 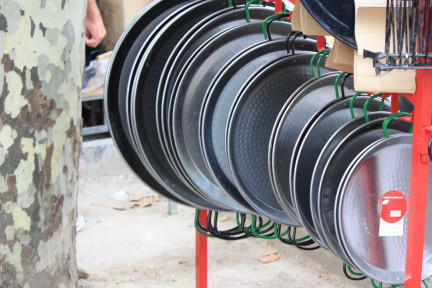 You can buy virtually anything in the Fira de Xativa

Nowadays the Fira takes place from the summer bank holiday of 15th August to 20th  and includes lots of stands which sell everything from agricultural implements to Banksy T shirts. The usual abundance of food,drink, music, noise and fun combined with probably the hottest week of the year makes for a fiesta that is  an extreme in every sense of the word. 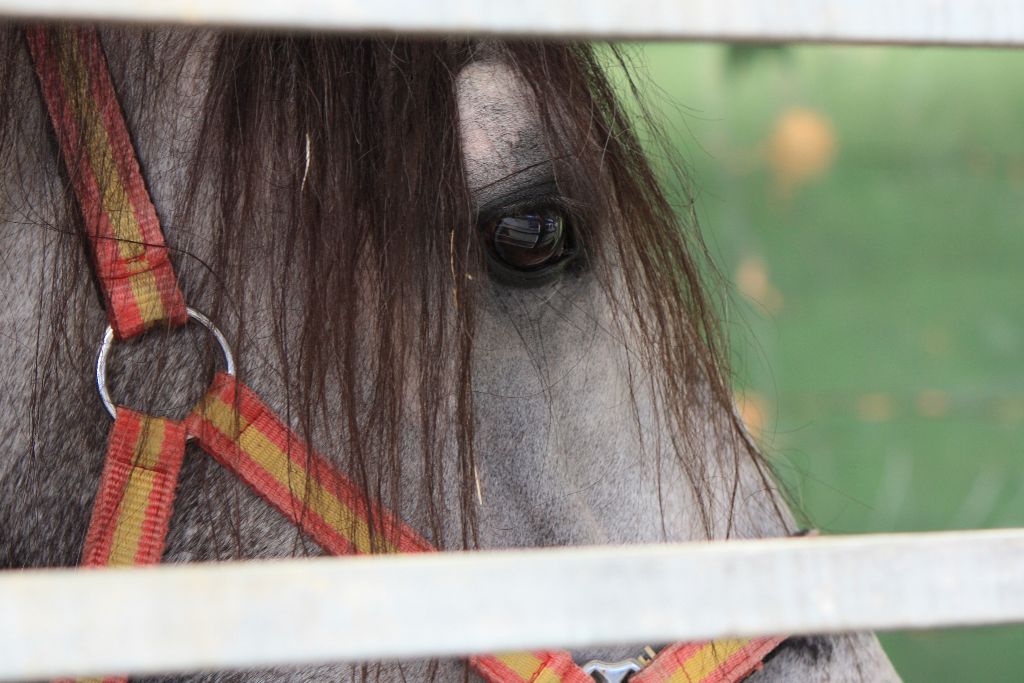 However,my favourite part of the Fira is the horses,donkeys and mules bit. The horse is intrinsically part of many Spanish fiestas and has been present throughout Spanish history from ancient times through to the conquistadores up until modern day. This animal has been central to the  Spanish agricultural,social and logistical  activities up until very recently and perhaps for this reason it plays an important part in so many fiestas.

So a visit to the horse part of the Fira is important as it is the very roots of the fiesta.Wandering around the area where they are, one feels a bit sorry for them in the heat, but also can see that the majority of them are well looked after and in good shade. Besides seeing the array of horsey characters,including the typical Valencian farmers and flamboyant gypsy horse traders there are numerous different types of horses. You can also see the typical “tiro y arrastre” which is a competition with working horses to see who can pull weighted loads on carts over a set distance in the quickest. time. 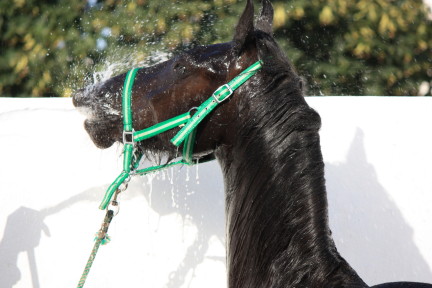 A cool shower in la Fira

The best time to visit the horses is early before the heat. We went early and I had several close encounters with my fourlegged friends. Up close and eyeballing each other I quickly noticed that the majority of them were in fact  strangely friendly and actually wanted to be stroked and talked to. 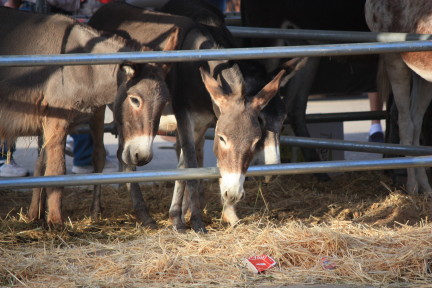 Donkeys at the Fira

They showed no inclination of being “bucking broncos”. On the contrary if you spent five minutes with them and look them in the eye and murmured sweet things in their horsey ears then they seem positively innocent and docile.(I could be a horsewhisperer yet.). And perhaps my all time favourites of the Fira are the donkeys  and mules which come in  all shapes and sizes. and were so typical in the countryside when I first came to live here. Very Spanish and very individual. Great characters. 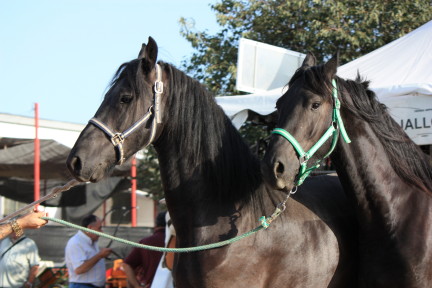 Good things come in twos.beautiful pair going to be washed

After such close equestrian  encounters an appetite had been worked up and so we made our  way to the chiringuito there and had a magnificent “almuerzo” with plenty of very cold beer. By the time we had finished it was too hot to go and ‘walk’ the Fira so we  abandoned the Xativa version of the Spanish fiesta and sought the coolness of our own abode.On the way home I couldn’t  help thinking  that horses are actually quite nice, if you dont have to sit on them.

6 thoughts on “Horses and The Oldest Fair in Spain”