It is common knowledge in Spain that Galicia is a land of magic and witches.Deep dark forests,crystal clear rivers, and open pastures with innocent looking cows grazing on the green grass.The villages,with centuries of celtic traditions, are small and often spread out and it is striking that nearly all the houses have proper gardens with flowers,lawns and ornaments.Virtually everyone,also have small market gardens where they grow the famous “grelos”(a large rustic spinachlike leaf vegetable) which are so popular with the “Gallegos” and Portuguese. 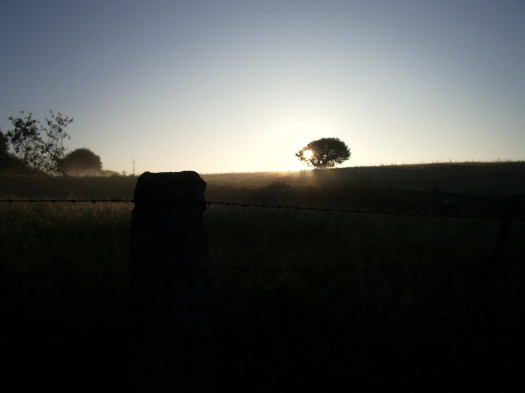 Tough wisened ladies farm the land whilst their men are on the high seas fishing. Hard winter weather,lonely mountainous areas along with oak forested hills and vales combine to make this land a mysterious and,in many interior regions, a lonely place. Of course,Galicia is famous for “Meigas”, witches. And this brings me to the subject of this post which is Classic Spanish drinks (that don’t fall into the wine/beer/cider category). “Drinks and witches?” I imagine you’re thinking. 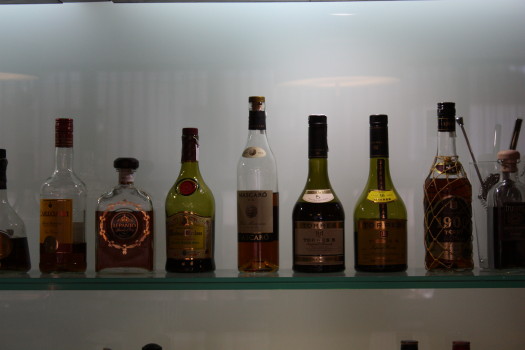 Brandy is a popular drink in Spain

Well, in Galicia, the locals make a brew called la Queimada, which is made from Orujo or firewater(“aguardiente”) traditionally made in stills all over Asturias and Galicia and has been for centuries.It is called firewater for a logical reason; it is normally well over 50%  alc.content. The liquor is mixed with sugar,(sometimes orange or lemon skins) and whole coffee beans. It is then set on fire and stirred. Supposedly it has curative propensities and is also used to caste spells by old crones in the depths of the Galician forests. It is indeed one of the stronger drinks I have tried. “Aguardiente” is in itself a lethal combination of being home made and of a high alcohol content. All locals will try to get you to try it and are proud of their local brew which is more often than not distilled in the yard barn or farmhouse cellar. We had a bottle for years which was in a plastic water bottle under the sink which we used as fuel for our fondue. 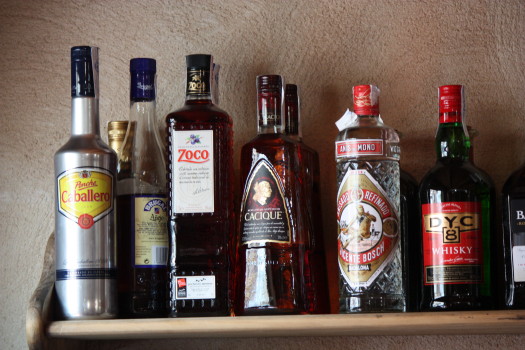 Here are a few of the classics, Pacharan,Anis Mono,Whisky DYC and Ponche

Another unique,strong and very tasty drink can be found in the region of Navarra and the Basque country; “Pacharan”. It is a sweet drink with a dark orange/red colour..sometimes even darkish red.Its taste is a mixture of sloe gin and aniseed as it is basically made from sloes and aniseed. Sloes in the north of Spain are abundant and nowadays farmed commercially. If you go to fiestas in the smaller villages of northern Navarra,you will find that in some places they set up a makshift bar in someone’s front room and serve you homemade pacharan from the kitchen. These fiestas are quaint but a lot of fun. Best drunk with ice,Pacharan is delicious. 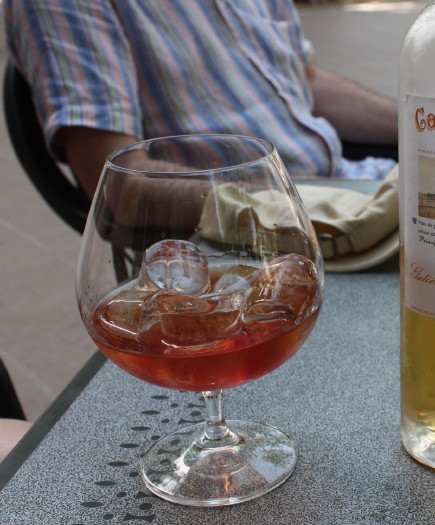 Similar in terms of being a traditional drink is “Ponche Caballero” now often mixed with modern mixers but many years ago a sort of gentleman’s drink. Again it is often drunk with ice. It is sort of like a strong punch,sweet and caramel coloured.

Then,there is the classic whisky “DYC”, pronounced dick, the best known of Spanish whiskies. Personally I dont like whisky but some whisky drinkers like this Iberian version although it is probably overall more famous because of its name rather than for its quality.When I first came to live in Spain there were virtually no other whiskies available in the normal street bars. So it is a legendary brand. 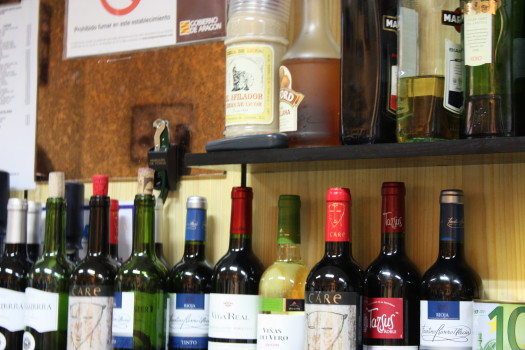 An array of choice in a Spanish bar

You can’t visit a Spanish bar without seeing “Anis del Mono”(Monkey’s Aniseed) which is the classic national brand for a typical aniseed liqueur.It is popular throughout most of Spain. Along with brandy it is often used a morning ‘kickstarter’ which people have with their breakfast coffee. It is a habit that is slowly disappearing but is still common in some areas.

Brandies in Spain are hugely popular and merit a post on their own. There are many brands amongst which Osborne, Terry,Soberano,and Torres stand out. Brandy is used in the classic coffee, “Carajillo” which is bascially black coffee and brandy. It is a popular after meal drink.

There are so many classic drinks in Spain that I will have to write another post to do them all justice. Beverages such as “Resoli” from Cuenca, “Mistela” from Valencia, Licor Cafe, Herbero from Alicante. 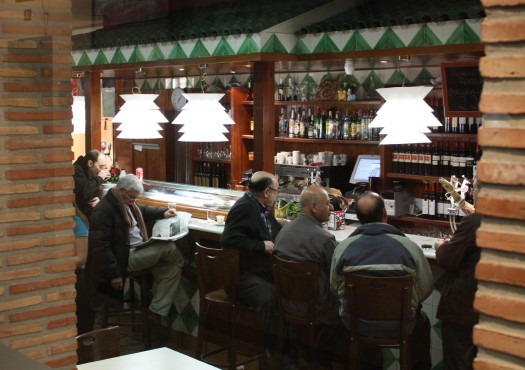 One of the things I most like about Spanish bars is that,depending on what region you are in,the bottles behind the bar will vary greatly but the old stalwarts will nearly always  be there. They have become an institution,part of the decoration. Without them a Spanish bar wouldn’t be a Spanish bar.

. Check out our webpage by clicking on this logo: