People often ask me, “So what it is it about Spain that made you want to work and live here so much? What made you so passionate about it?

Some of you might have read in another blogpost of mine: A Love Affair with Spain that I first came here as an adult (a scrawny eighteen year old) because of friends. We planned and then came on a long hitchhiking holiday through a 1970s rural and urban Spain discovering the unknown;the exciting and different aspects of the country.

That is true but delving deeper into the recesses of my memory bank, the reality is I had been drawn to Spain and, indeed, had a good deal of exposure to Spanish culture and character a long long  time before that. It is also true that once I actually came to live in Spain then, without doubt, Julia, my wife, became the main reason for me loving Spain so much. 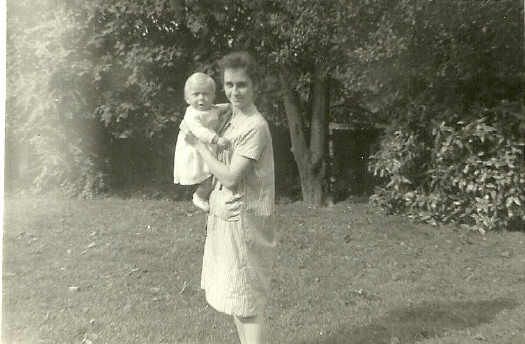 Geli and myself(in what looks like a dress haha! )

But before that, as far back as I can remember, I had a strong Spanish influence; a direct connection almost maternal, definitely emotional and very personal. This Spanish  ‘connection’ was ingrained on my minute, still hardly formed, little brain from when I was a baby until I was about four years old. “How could that be?”, I hear you ask.The simple truth; when I was born I was the fourth child (of five) and my parents were fortunate enough to be able to have an “au pair” at home. And I was lucky enough to have this “au pair” looking after me who was not only Spanish but was a kind, unique and generous Spanish person .She looked after me with kindness and patience when I was a baby and toddler (and became my godmother so I have maintained contact with her more or less since then).

Whilst I don’t remember a lot of those toddler times, I do remember certain things clearly and I remember that Geli, who came to live with us, was part of our family for around three years.I know she  treated me as if I was her own son because all my family told me she did.That love and caring can only have a positive and profound effect and it did obviously have a sublime and direct influence on my outlook and my attraction to Spain. As a boy, I can distinctly remember, at the age of eight or nine being fascinated with Spain, reading magazines like National Geographic and being totally absorbed by all things Spanish; the fiestas, the people, the countryside, the customs, the colourful costumes and later on in adult life the food and drink. 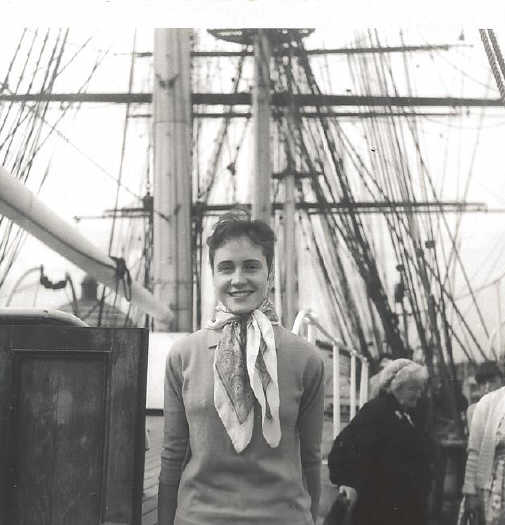 I also have a vivid memory of visiting Geli as a kid, whilst on a family holiday driving round Spain and camping. We visited her and her family in Huelva and got to stare down into one of the biggest man made holes I have ever seen, a Rio Tinto opencast mine. It made a huge impression on me as did meeting her fabulously kind husband Jaime and all their children over the years either in Spain or the UK cementing our families’ close ties even further.

My biggest regret, even though I now speak Spanish, was not studying it at school. I did German which I did not really like or  ever learn. I wish now I had been more assertive then about my wishes but I was fourteen and as they say in Spanish a “Pavo”(turkey). 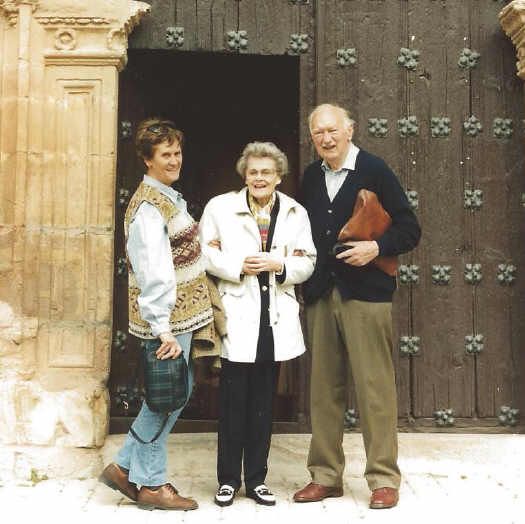 Not only have I stayed at Geli and Jaime’s house with their huge family on numerous occasions over the years, but when I came to Spain to work in 1982 I stayed with them for a couple of weeks before starting my job to acclimatize myself  and start to learn Spanish. I used to go off on the train or bus into Madrid and wander round exploring places and trying to understand Spanish. I sat outside cafes, soaking up the atmosphere and watched Madrid go by on its busy loud way. I explored avenues, museums, shops, bars and parks. I got myself onto the wrong bus or metro several times and tried my twenty word vocabulary out on poor unsuspecting Madrileños who after much gesticulating and sign language patiently pointed me in the right direction. Geli’s children took me to visit places, friends, and treated me as one more in the tribe. The family dog, Bruce, invaded my room and took to sleeping on my bed when I was out. I was one of the family; a Spanish family. 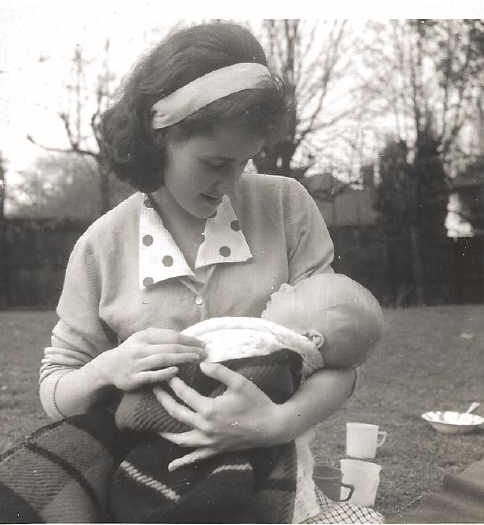 Geli and mini me.

Over the years I formed my own Spanish family, well Spanish/British, and so much of what I know and have learnt about Spain is thanks to Geli and her family..

I am pretty sure that if Geli hadn’t come to be our “au pair” in suburban South London then I probably would never have had a  passionate interest in Spain, nor have been destined to live here and I certainly would have missed out on meeting one of the loveliest, warmest people (and her equally fantastic family) you could hope to know. Consciously or subconsciously my destiny was formed, somewhere in that tiny little brain, some fifty odd years ago and I sit here in the heat of a Spanish summer’s day, thinking just how lucky I was to have had not just a Spanish “au pair” but Geli as my Spanish “ au pair ”.

The Spanish Thyme Traveller organise trips on which you can experience Spain close up with local food,wine and culture in the beautiful interior of Valencia,Teruel and Cuenca. Check out our webpage by clicking on this logo: