Last Saturday we went to the 2nd Gastronomic Tasting(2ª Cata Gastronomica) in Xativa at Casa Bernabe.
The chance to taste and drink some excellent local fare in a beautiful setting.
Not only that, the weather was perfect.

So everything was just right which was great as we took some  friends along to see if they liked the local delicacies.
When we arrived at 12.00 there was a holiday atmosphere in the air and the  stalls were already serving. What was on the menu for  “tasting”? Well, a wide range of products from wines,beers,liqueurs, to canapes,barbecued chorizos and morcillas, as well as pates and cheese.Unfortunately the cheese  was a bit depressing because last time there were several Tortas de Casars littered around the event which were quite delicious.(One of my favourite cheeses in Spain,if not the favourite! An experience not to be missed; the scooping cheese from the Torta and accompanied by a good red wine).And this time there was a nice Manchego but a comparatively insipid substitute for the Extramadurian giant of the cheese world. 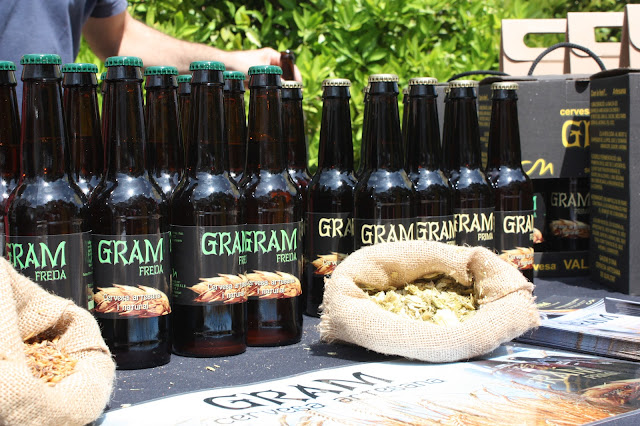 If you like beer then this was an event for beer drinkers with two of the lastest small specialist beer producers  from the Valencia Region present. Firstly, Cervezas Montcabrer  from Onteniente had a small but stragetically placed stall,which served its excellent products well cooled.Their “Gramm” was truly brilliant. A full taste,served cool in the shade on such a hot day proved a real winner. 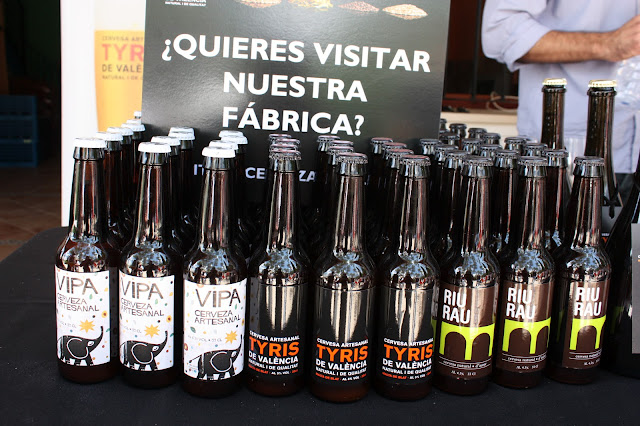 The other producer was a company called Cerveza Tyris,from  Riba–Roja which also has a great tasting standard brew called Tyris. Nice to see more than one alternative beers at th event.Tyris also do a beer called Vipa(Valencian Indian Pale Ale)which is well worth trying as we did at this event.A toasted effect with a herb finish.Definitely will be trying it again. Unfortunately ,the famous Xativa beer,La Socarrada, which is winning international prizes round the world was not present as they were in London at some International Fair. A shame as they are the flagship of alternative Valencian beers. 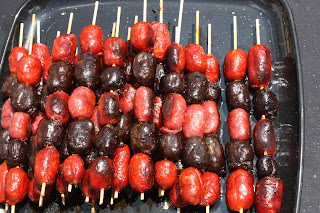 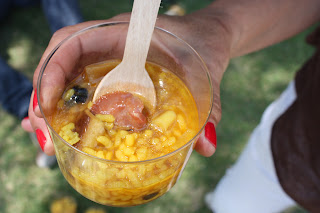 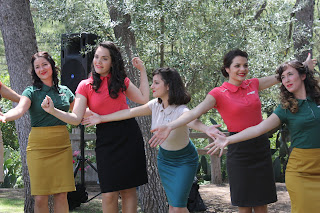 Adding to the atmosphere were an all girl “a cappella” group who sang 1940s American hits which wasnt a very Spanish sound but did provide a great musical background. 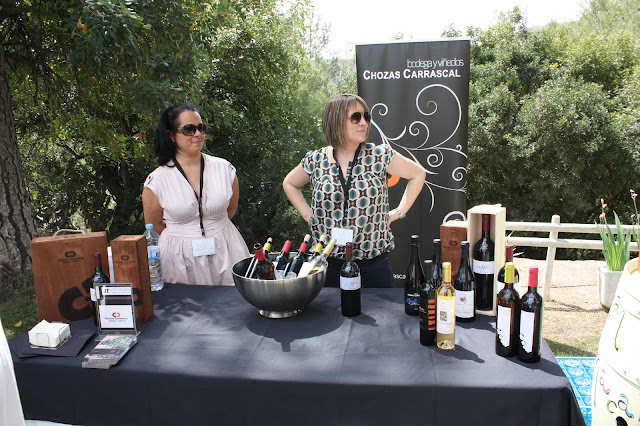 Besides beer of course there was the inevitable Spanish wine.You cant go to a food event and not have the  culturally and historically most important brew of all time! The principal wines up for tasting were from la bodega  Chozas Carrascal from Requena. Their  “Las Ocho” was excellent  making an excellent match for the barbecued chorizo and morcilla. I think I went back to their stall a few many times as it was really a very nice wine but they also had a very fresh and very cool white which I cannot remember the name of but it was very popular. 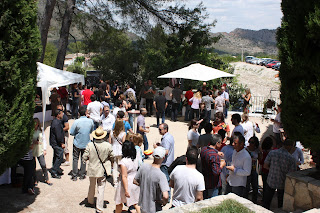 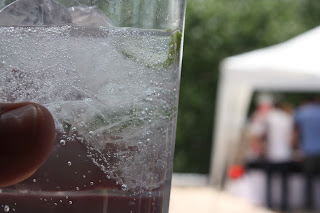 By the time  the Arroz Caldoso(Rice with a stock or juice) was being passed around a party atmosphere had developed and bumping into so many  friends and aquaintances made for a alot of banter and catching up with old friends. The volume  of conversation and laughter seemed to be double what it was at the beginning and by the time people started getting stuck into the liqueurs(almond or herbal) and the refreshing but inebriating G+Ts it was  time to go home. 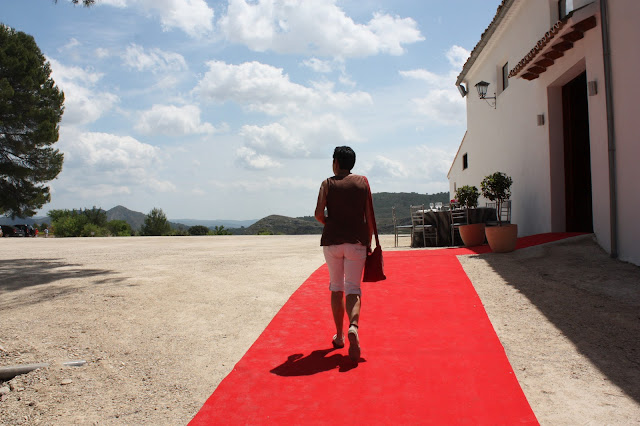 All in all a great event with well over 300 people present.Xativa once again showing that it is  very proactive in  gastronomic events and that the locals just love a good tasting or Fiesta, call it what you like!
The Spanish Thyme Traveller organises tours and short breaks in Valencia and Teruel.Their trips are  a nice mix of culture,history,food and wine and in some cases walking and wildlife.