The Borgias (Borjas in Valenciano) in general get a bad press. The first Borgia pope,Calixtus III, although favourable to his family was supposedly a very pious man. Not so  the second Pope Alejander VI and his children Jofre,Cesar,Juan and Lucrecia. Historians argue  endlessly over to what degree of corruption and greed they reached. But it is generally accepted that they were a scheming,plotting, and murdering mafiosi kind of family. Sort of the first organised crime syndicate seen in Italy and in the Vatican.

But the interesting thing for me is that these bad boys of medieval times were  from Xativa. Besides actually putting Xativa on the map, many important palaces and churches in town were directly or indirectly funded from the Borgias subsequent wealth.And every year Xativa Town hall pushes out the boat and organises a fun cultural and gastronomic weekend which attracts upward of 90,000 people if you believe the “official figures”!
What is totally true is that the town is steeped in history and the Borgias make a nice focusing point. You can see where Pope Alexander VI was born and the church where he was baptised. The Seo(minster) where Alexander had been sacristan at the beginning of his   meteoric career,was partially built with Borgia money.The influence and prestige they gave Xativa(and later Gandia where they had land and a Ducal palace) was immense.

Here are a few interesting and fun ‘facts’ about the Borgias:
– There were two Borgia popes. Calixtus III(1455 to 1458) and Alexander VI(1492 to 1503).
– The word nepotism came from(the latin nipote)and was thought to have been invented because of the fact that Calixtus III made two of his nephews cardinals at a young age. 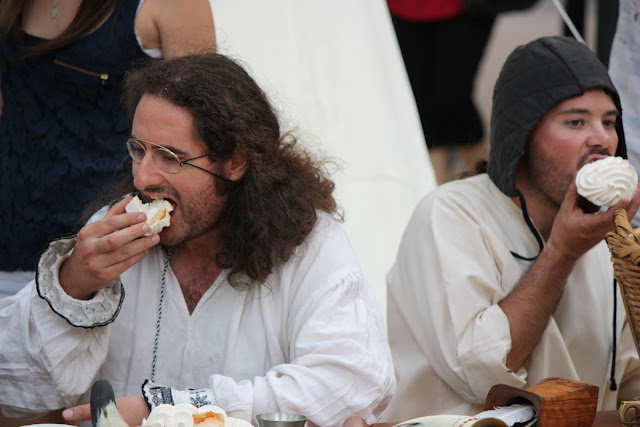 – One of them Rodrigo Borgia,born in Xativa, went on to be Pope Alexander VI.He was the corrupt one who had most of his enemies poisoned or ruined.
– Cantarella was his choice of poison, a natural type of arsenic. 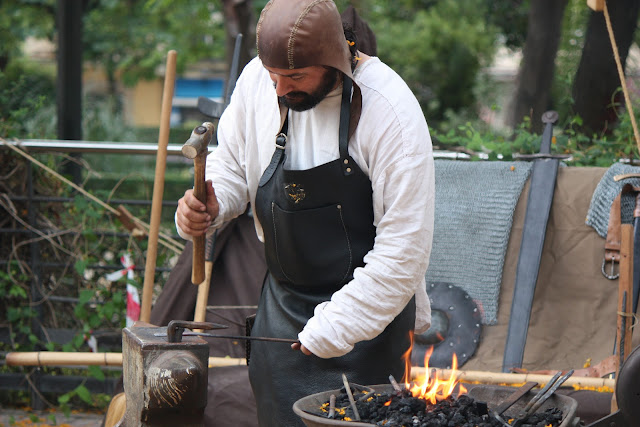 – Alexander is said to have “bought” the powerful Cardinal Sforza’s vote in the cardinals voting of the pope in 1492 which resulted in Alexander being chosen.He reportedly sent four mule carts loaded with silver to Sforza’s palace the night before the election.
– Alexander VI had four children.
– He was said to have had a “harem” of 25 dancing girls who danced for him every night.

– Alexander’s son Cesare was Bishop of Pamplona when he was 15 years old and then a cardinal at 18.Obviously a good networker.
– Cesare had his sister Lucrecia’s husband murdered.He is said to have slept with his sister or at least had some kind of unhealthy infatuation.
– Cesare wore a mask later in life to cover his disfigured face(a disfigurement from syphilis). 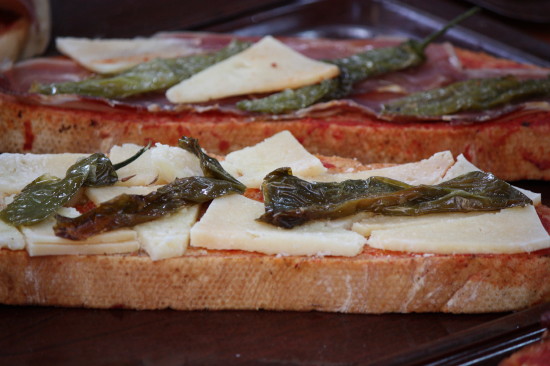 Great food at the fair 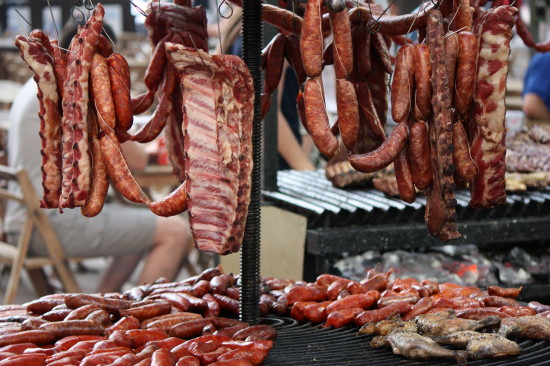 – Papal bulls issued by Alexander instructed that the discoveries made in the New World by Columbus were to be the property of the Spanish Crown.
– Alexander died after eating with his son Cesare and with a cardinal,who it is said Cesare tried to poison but ended killing his father and poisoning himself although not fatally!
– Cesare who had turned to soldiering in his later life died in some skirmish in Navarra Spain and was buried just outside  the church doorway of  Viana church in Navarra, so “beasts and men could walk over him” because the local Bishop considered him an outrageous sinner.

The Borgias were an incredibly successful family and give Xativa a great  historical connection and gave it some lovely buildings.If you ever get the chance, visit and enjoy this Valencian gem.


The Spanish Thyme Traveller organises unique short breaks and day trips to Xativa and the surrounding areas in the interior of Valencia province.

6 thoughts on “A Bloodthirsty Immoral Bunch? (No,not those Spanish politicians)The Borgias of Xativa!”