One of the things I most enjoy in Spain besides the great food and amazing wine,the mountains and the birds of prey is football.
It might sound surprising to some but over the years I have been to all kinds of matches from “Pre Benjamin” (5 year olds) league to Champions League matches at Mestalla,Valencia CF’s stadium. Literally hundreds of them! “Hundreds?”, I hear you all cry. Well, my sons both played for many years in the federated leagues(one still does) and this meant going to two matches every week. There is always a friendly atmosphere at all the pitches/stadiums.The singing,the bangers,the small bars serving  food and refreshments( even alcohol in the lower divisions), and the family atmosphere makes for a fun afternoon out ,if you like your football of course! And, of course it is important to take your bocadillo de Tortilla de patata(Potato omlette/Spanish Omelette sandwich) with you for half time refreshment.

The Spanish passion for football is limitless and parents watching their children play brings out the best and the worst in them! There’s nothing better than a parent cheering and encouraging their son( or daughter….until 12 years old girls can play in the boy’s leagues) to do well  and nothing worse than overzealous parents who pressure their kids to be Messi’s from an early age. It is very painful to watch and even worse for the kids who feel the ridiculous pressure of a parent from the sideline.

I have seen an amazing amount of different scenes at football matches  including jubilant celebrations,pitch invasions,physical attacks on referees,players,spectators etc. I have even seen a parent hit a kid who had fouled his 11 year old son! Some people, unfortunately cannot control their emotions and cross the line of what is rational and reasonable.One of the downsides to the sport.

This said the positives outweigh the negatives and  I have made good friends and seen some great football over the years.Lots of laughs,sharing of good and bad moments and watching our kids grow up. 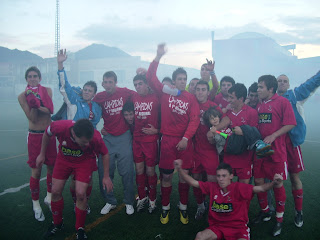 I now go to about 32 games a season give or take a couple but when my two youngest played I used to go to two matches every weekend sometimes one after the other or drive 80kms from one to the other. Paternal responsabilities aside I actually enjoyed my football spectatoring with the beers(coffees nowadays!) and the halftime bocadillo(sandwich).It might sound a bit crappy or corny to say but football really  is a true reflection of life with its ups and downs. I have seen my sons win amazingly competitive matches,win leagues,also lose easy matches,lose leagues by one point,get sent off, live through disappointments, joys,injuries,frustrations and face up to challenges,tyrannical trainers and  problems with teammates. In a strange way this sporting activity has over the years made them live and learn to deal with these hard things.We all know that life is not plain sailing and a of course nor is football! 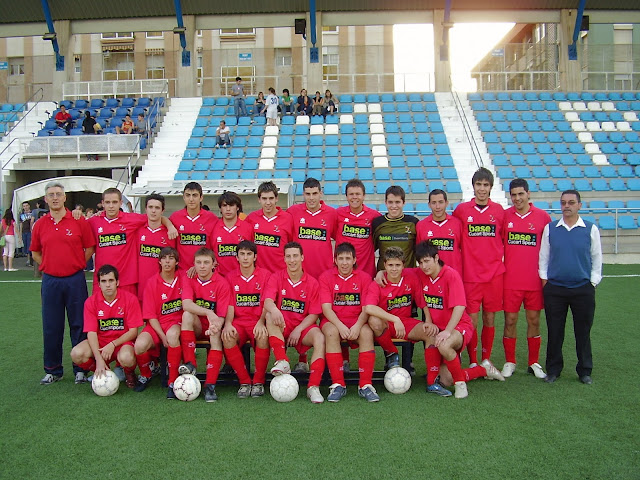 Above all the Saturday  or Sunday afternoon visit to the stadium is always an enjoyable couple of hours in the company of fellow football fans and has been something over the years that  I have shared  with with my sons.And I have learnt that the Spanish support their teams with passion,sometimes to excess (and  love insulting the referee!) and that football is  still  important in every Spanish town. The trainers, the players,the poor referees and the fans are  all there for one reason: they love the game. 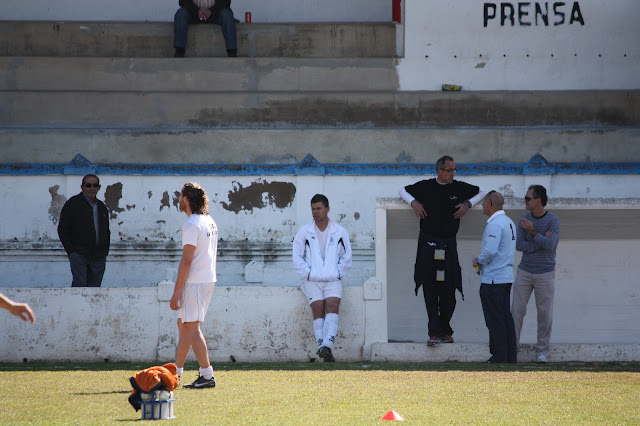 I continue to go every weekend as my youngest plays for a local team and I still enjoy the football,the banter and the rituals around the match.The buying of your ticket, the coffee,the raffle,(I won a Jamon(a whole leg of Spanish ham) once),and  the full on, much too loud music put on the PA system before the game and at half time.And there is something special about driving back home after a cold rainy afternoon’s football, chatting about the game and looking forward to that welcoming open fire.